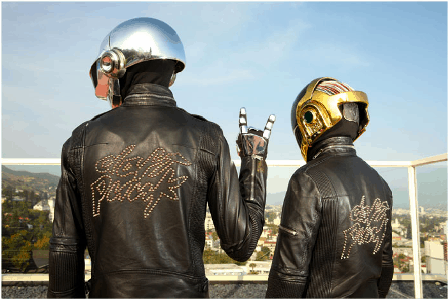 Almost 10 years later Daft Punk can finally say that have claimed a #1 spot on the Billboard Hot 100. “Starboy” the duo's latest collaboration with The Weekend has clinched the coveted spot.

The two masked DJ's first stepped onto the scene in 1993. It wasn't until 1997 when they made the Billboard list. “Around the World” debuted at #61. Fast forward to 2013 when “Random Access Memories” was released. “Get Lucky” featuring Pharrell Williams made it all the way to #2. Close but not #1.

While everyone is busy hating on the remaining of 2016, the electric duo is rejoicing. With the help of The Weekend “Starboy” finally hit #1. Long overdue for the Daft Punk and well deserved.  No doubt that The Weekend's album is finally getting recognition but some could argue there have been better collaborations. None the less, they finally can claim their #1 spot.

In this article:Around the World, Billboard, Daft Punk, Get Lucky, the weekend