Get to Know the Fearless Jessica Audiffred [INTERVIEW]
Advertisement

An artist that pushes past the boundaries and isn't afraid to make progressively ambitious music is an artist that usually finds themselves in success quickly. One of these types of artists is Mexico City native and rising star, Jessica Audiffred, a young vivacious producer who's creating her own sound on her own terms.

She isn't afraid to test the waters when it comes to tackling a tough crowd and throwing some crazy music out there to keep her sets unpredictable and entertaining. She's fearless when it comes to pushing limits and getting a little crazy; but that's what makes her, her.

Jessica discusses how her roots and environment have shaped her creative approach for music and help identify her sound. She also reiterates that making it big as an electronic music producer in Mexico City is not as easy as it seems,

The scene here is really different, it's one of the most difficult scenes I've ever seen. I don't know if it's the hate, or the competition, it's really hard. Especially for us who are playing trap or Bass Music in general.

But Jessica doesn't let competition phase her in her road to success,  as any well-established artist would. Her stance is a very nonchalant, and she uses her love of dubstep and trap to bring something new to the tables in the Mexico City nightlife scene,

It's the fact that I play whatever I want; I don't intimidate myself just because of the EDM scene, I play trap I play dubstep and it's a bit hard because the club scene here is used to hearing smoother things. I'm out there and I'm like, I'm going to play dubstep! And that's the difference between me and everyone else.

Jessica is obviously passionate about music, which is a sole source that has led her to pursuing a career as a DJ over the past few years. It all came about for her when she started her studies, where the electronic music scene fell into her lap,

It came organically, I had a lot of friends who went to a lot of electronic music concerts. I've always been very interested in that world, ever since I was a little girl.

When I started studying psychology that's when I really started getting into that scene and I liked it so much. I remember thinking, this is where I'm going to fit.

She discusses how she doesn't really have a defined genre, but her favorite live performance music to play is harsh Dubstep and Trap. She's been dabbling in Future Bass lately as she's played for various different festivals and shows, including everything from EDC Mexico to intimate private events. Her experience in playing for different types of crowds helps her grow as an artist, as she can easily transform the vibes in a room with just one song.

As her roots within the scene began to grow, so did Jessica's career. Not only has she released numerous successful tracks on an array of top-notch labels, she also has her own record label called A-Records where she talks about her mission for this label,

Like I was saying here in Mexico, there is a bit of a harsh scene. I wanted to give a voice to producers out there with amazing tracks, like bass and trap tracks maybe, where they don't know where to release them. With this record label, I'm going to give a voice to all of them and myself. To accomplish that in Mexico to me is a really big deal!

Jessica discusses the future and how she plans on expanding outside of her comfort zone,

I've been making remixes for locals here in Mexico lately but I'm about to release two new singles off of my record label. One is Future Bass and the other is Trap. But I would love to play outside of Mexico, I want to see what I'm capable of doing. It's scary but, I think I'm ready!

With her talent and determination, Jessica only seeks the best for herself and her music. She isn't afraid of challenges that may lie her way in the future. She's a one of a kind and you'll be hearing more from her very, very soon.

For more on Jessica check out her site here. 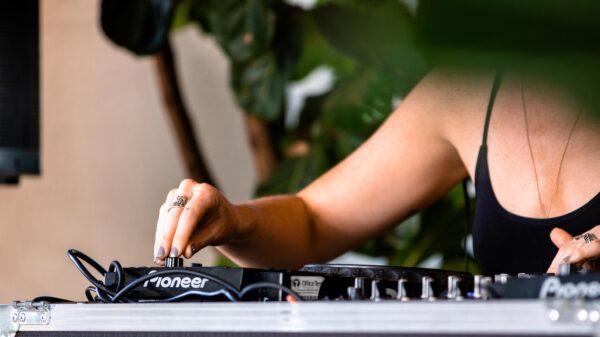