Angger Dimas Launches Cosmonote Label With Comeback Single 'About You' 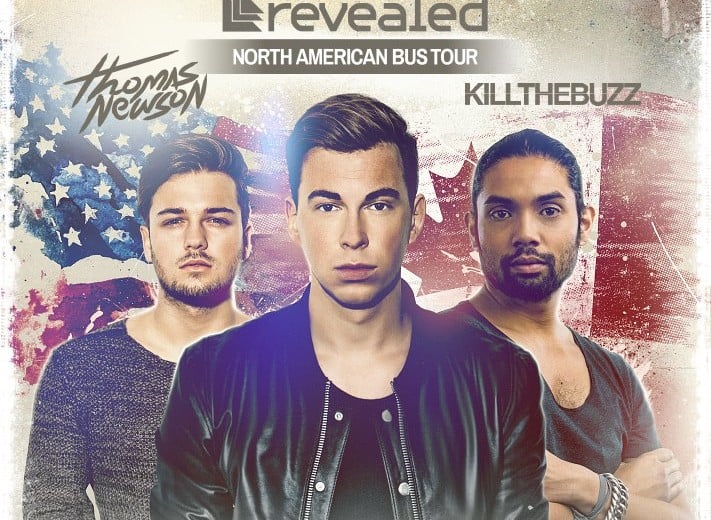 Dutch DJ and voted #1 on DJ Mag Top 100 for two consecutive years in a row, Hardwell, announces an eleven-stop North American bus tour. He'll be stopping in major cities across the United States and Canada including New Orleans, New York and Ottawa, Canada kicking off in Feb until March 2016.

Hardwell promises the third edition of his iconic bus tour will be bigger and better than ever before! . Featuring a star-studded trio of Revealed Recordings (Hardwell's record label) stars including Kill the Buzz and Thomas Newson. The bus tour will bring Hardwell's signature electro house style to 11 cities across North America. Get your tickets here!

Down below are the lists of Hardwell's Tour Dates:

Advertisement. Scroll to continue reading.
In this article:hardwell, kill the buzz, Thomas Newson

Matroda & San Pacho Heat Up The Summer with “La Pasion”