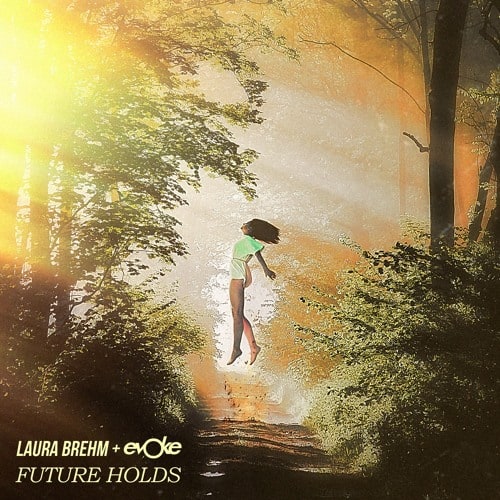 I hate using terms like all time favorite, but for me when it comes to female vocals there is Laura Brehm and then everyone else. As heard in songs like Mr. Fiji Wiji Laura Brehm & AgNO3’s track Pure Sunlight, Laura has the ability let her voice be the driving force that is in charge of the songs direction.

Laura Brehm has teamed up with Evoke for a new EP called Future Holds. Evoke is an electronic producer from Colorado who has set the perfect stage for Laura’s voice to shine. This is a three track electronic based EP that could only be described as Folk Electronica.

Brehm's voice is haunting and almost out of this worldly in the opening track Weightless. This is a song that is a showcase for Brehm's mastery of harmonies.

The title track, Future Holds, is a perfect example of how cohesive Brehm’s voice is with electronic music. This is a darker almost neuro electo song that rolls along on a steady beat. It is also my favorite track on the EP, and can totally see this track as a drum n bass rework someday.

Serenity has more of a pop indie feel that makes you feel as the title suggests.