This summer in the heat of festival season; Electric Adventure, one of the Northeast’s premier outdoor music festivals, is pleased to announce BLOOM, their fourth and biggest ever annual festival, on August 1st and 2nd in a new exciting location: the Atlantic City oceanfront.

Ranking in as the East Coast’s largest oceanfront festival, Electric Adventure’s Bloom is upping its game with more than 100 top performers on five stages, including Pretty Lights, Dillon Francis, G-Eazy, 3Lau and Machine Gun Kelly and running the full gamut of genres from mainstream EDM, trance, house and hip-hop, among others. This also includes over-the-top production and interactive art installations from The Do LaB, noted for one-of-a-kind, creative festival structures. Bloom will also give audience members a full beach experience including cabanas, beach volleyball, ocean swimming and VIP packages that guarantees an incredible experience and a memorable summer weekend in Atlantic City.

“Bloom shows the ongoing evolution of Electric Adventure in look, talent and scope to appeal to an older, more sophisticated demographic that fits Atlantic City perfectly,” says co-producer John DiMatteo. “Atlantic City provides a super appealing oceanfront destination that’s easy to get to by car, train or air.” Co-producer John D’Esposito adds, “The support we're getting from local civic leaders and businesses is over-the-top. With Bloom’s fast-growing fan base, we can give a boost to the Atlantic City economy, utilize local vendors, employ 200 people within the market and also deliver an amazing oceanfront festival experience to music fans.”

You can find the complete list here and is open to ages 18+, with a valid ID. VIP Platforms are also available for person who are 21+ only.

Through out the weekend, Bloom also delivers pre-and after-parties are planned in multiple venues near the festival site, four acres of prime beachfront in front of the now-defunct Atlantic Club, with parking a short walk away at Bader Field.

Electric Adventure Bloom Weekend Pass is currently available for purchase online for $129.00, with prices expected to rise. Early bird tickets are already sold out through word of mouth.

Just in time for their North American tour, Australian electronic trio RÜFÜS DU SOL has blessed our screens with the enchanting and hypnotic video to... 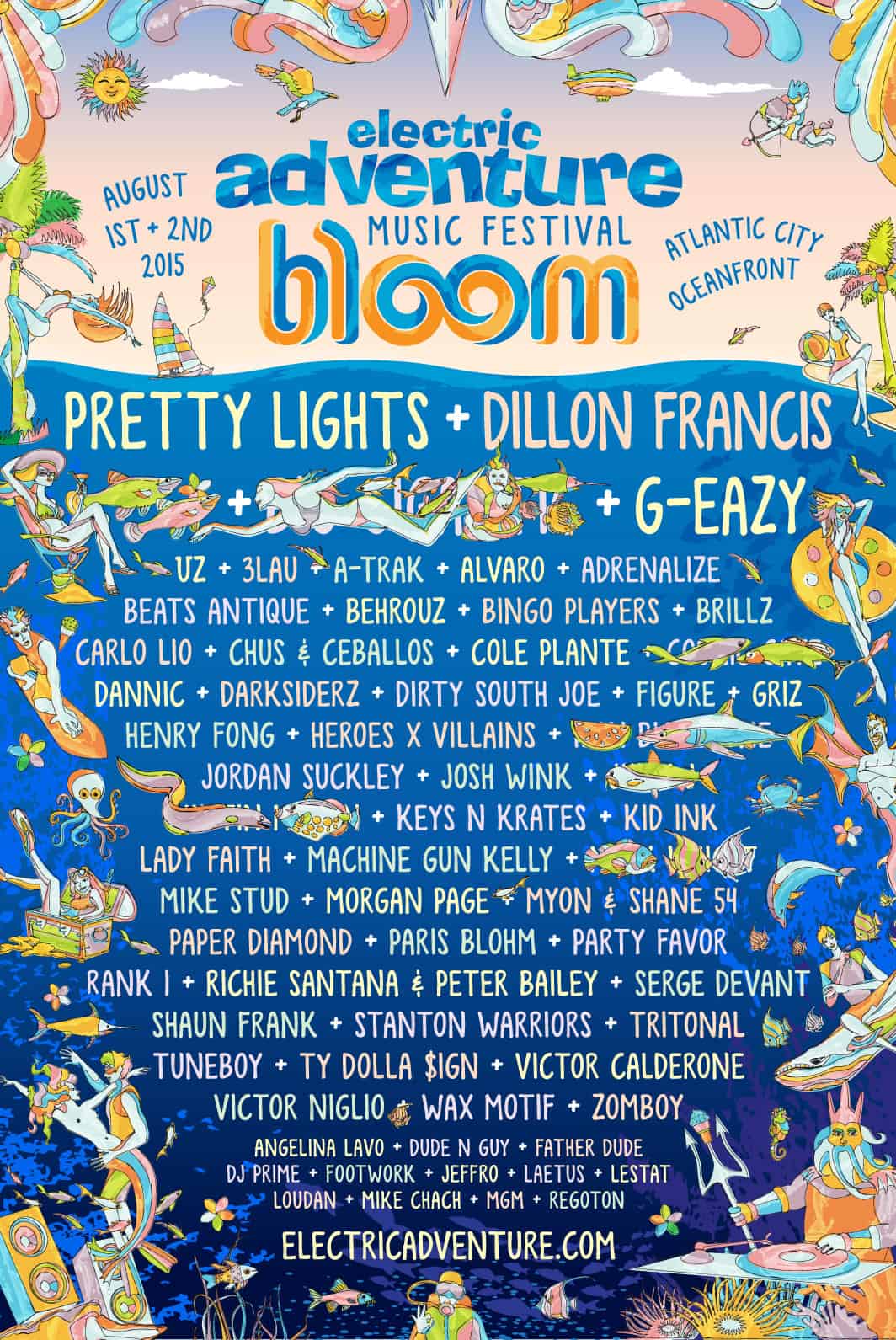 5 Acts You Should Check Out at Electric Adventure

Very recently I posted about Electric Adventure, a dope forthcoming festival on the Atlantic City oceanfront that takes place during the first two days...