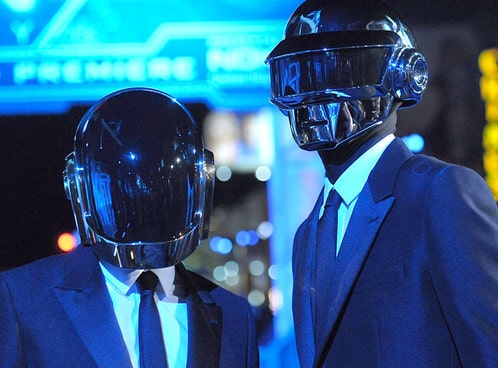 With Nile Rodgers producing the first Chic album since 1992 (to be released in June), there's a rejuvenated sense of excitement in the disco scene. A single will be dropped in March. Three days ago on Twitter, Rodgers informed his fans on Twitter that Daft Punk made a film for his new album. The image below portrays a fun teaser shot of a screen showing their iconic helmets behind a message that reads: “Dear Nile, We are sending you this transmission to thank you for all your amazing songs.”

Helping Daft Punk achieve great success with Random Access Memories in 2013, Chic's frontman (Rodgers) is looking to drop a single on March 20th. However, he says the film will be available to view in the next few weeks. Perhaps it will see the light of day a bit before the release according to his response to a fan on Twitter.

Rodger's two-song album Chic will be called “It's About Time,” because he says it was about time (to release something). The record was signed to Warner Bros. Check out the announcement from Rolling Stone.