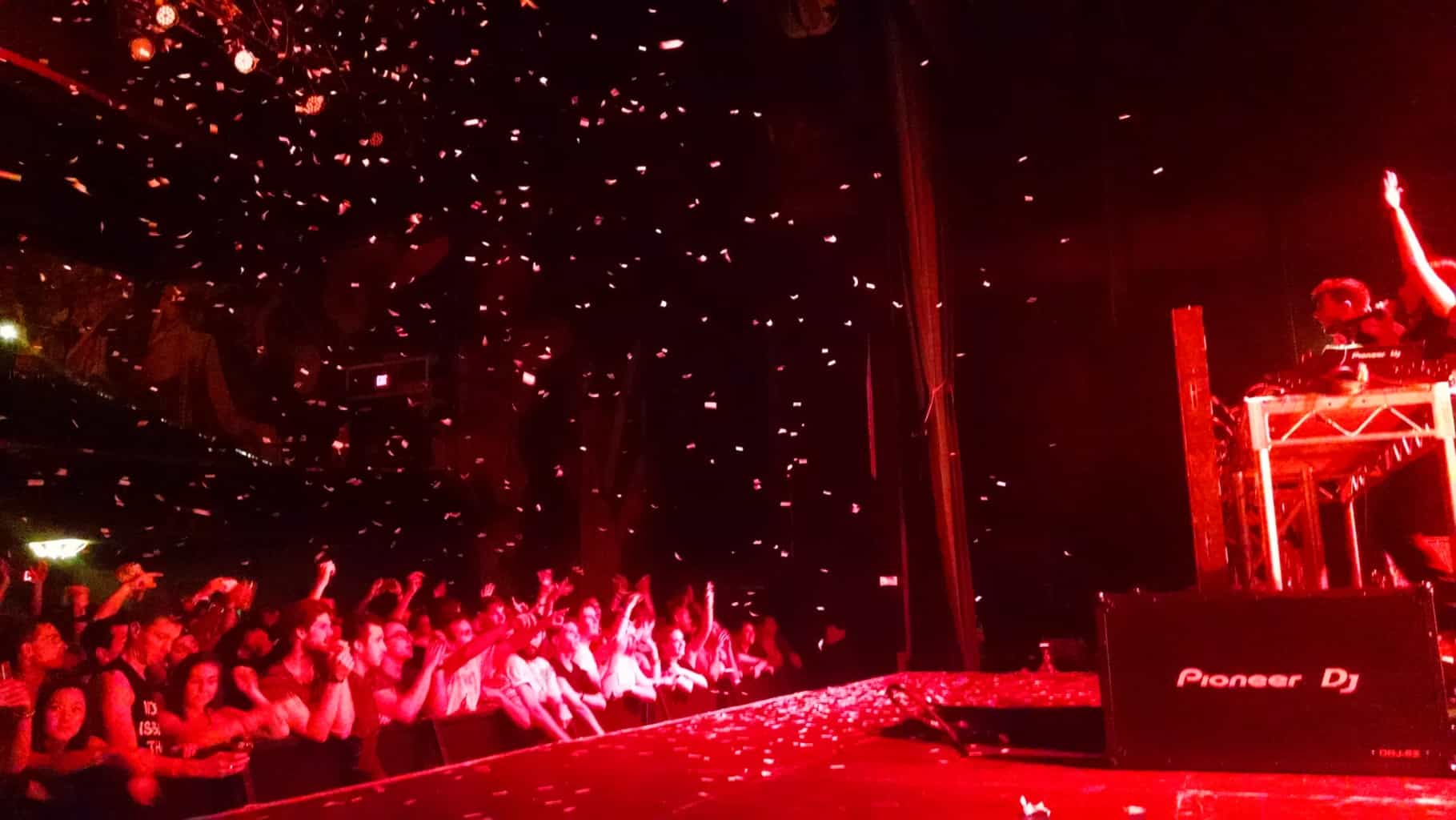 The crowd assembled. The bottom part of the 1,200-capacity Fonda Theatre in Hollywood was quickly filling up. It was 9 p.m. and Two Friends, creators of the famous Big Bootie Mixes and who recently surpassed 100,000 Facebook likes, took the stage.

To make a long story short, Two Friends killed it. Even though they laid down sick beats and crowd-bouncing mashups during the mere half hour they played, those in attendance definitely took to the Two Friends sound– they ironically had to deal with two friends who invaded the stage to try to dance with them.

Electronica up-and-coming star Jai Wolf was next. The man who produced one of the official remixes for Alesso's “Heroes” took a different approach than Two Friends and dropped the trap machine on the crowd, who definitely enjoyed themselves and didn't stop moving.

It was 10:20 p.m. and the crowd was growing anxious in wait for the headliner of the night. But it was Gazzo's job to relieve that anxiety. And he did exactly that. The multifaceted pro remixer didn't leave a stone unturned, covering several genres. The remix that brought the house down, however, was the In My Mind/Wayfarer edit. It was then that the crowd erupted into an energetic bass frenzy. They were ready.

The clock hit 11:05 and Kap Slap (Jared Lucas) and his C02 cannon took the stage. The mashup maestro lit up the Fonda Theatre with several of his classics as well as the playing of his first-ever original production, “Let It All Out”, ft. Angelika Vee.

The first of the night's hits was TAK's remix of Zedd's “Find You.” It was during this track that the C02 cannon first made its appearance, to the delight of the young crowd present. Some of Kap Slap's other remixes included “Hindsight” by Audien, his “Lightning Symphony” mashup and an absolutely, mind-bogglingly insane mashup of Axwell, Ivan Gough & Feenixpawl's “In My Mind” with DVBBS' and MOTi's “This is Dirty”.

The moment of the night in which Kap Slap seemed to enjoy himself the most was during the playing of “Let It All Out.” Enjoying the company of LA-native Angelika Vee who delivered a tremendous performance, Kap Slap brought. the. house. down.

Take a look at a snippet of “Let It All Out” below:

The combination of different DJ styles in this edition of the Breakout Tour gave great dividends. The crowd at the Fonda Theatre never stopped jumping and dancing, singing along with the beats and most definitely enjoying themselves.

Granted, the theatre wasn't full and the massive production surrounding established acts such as Afrojack or Hardwell wasn't present but Kap Slap definitely knows how to put on a show.

Always approachable, Kap Slap down with EDM Sauce before his set and answered a couple of questions regarding his future plans and the inspiration that led him thus far.