Ratatat Are Touring Again After Years of Silence
Advertisement 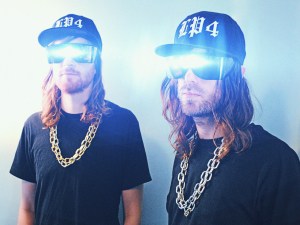 It's certainly been awhile since we've heard anything from the NYC based electronic rock group Ratatat. The duo haven't released an album since 2010 with their fourth studio album, LP4. Since then their music has been featured on various commercials and advertising but plans for a fifth studio album were never made clear.

The most recent News we've heard from Ratatat was when Cochelle surprised us all by adding them to their 2015 lineup. Now, NYC‘s Govenor's Ball has followed suit by also having the duo take the stage.

It turns out that those two shows weren't just for fun, Ratatat has finally announced a US tour after years of silence. The duo took to their Facebook page yesterday to announce the 10 city tour, with stops including Denver, Las Vegas, and even Barcelona, Spain. We look forward to hearing any future plans Mike and Evan have in store for us.