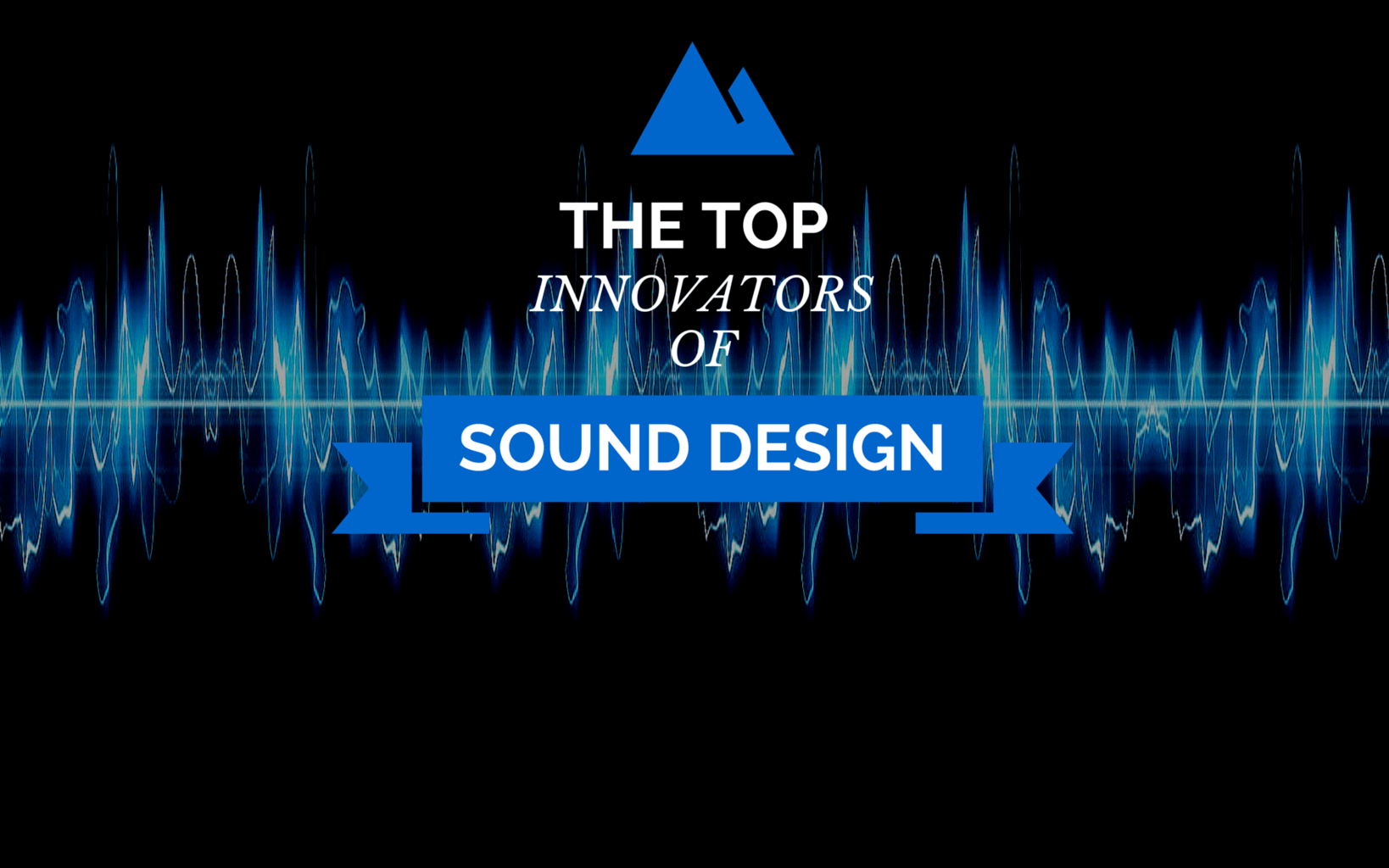 Sound design is something that needs to constantly evolve to keep the music we love fresh and exciting. Without people willing to take the risk at something new, we would be forced to listen to the same sounds arranged in a different order. By no means am I saying recycling sounds is a negative thing. Porter Robinson showed us how well someone can take sounds of yesteryear and arrange them in a way to make something special like he did in his ‘Worlds' album. But that being said it is worth taking a look back at artists both of the past and present who took a shot at changing the game with sounds that were unfamiliar or even non-existent. Some of these people you may recognize, others may be new to you, but I advise checking them all out with an open mind. These people either shaped the music scene to what it is today or are currently updating it to keep minds blown and jaws hanging open. This list is in a rough chronological order, so without further adieu…

This one should be obvious to anyone with a elementary knowledge of dance music. It would be hard to think of a electronic music today with the influence of Aphex Twin.

We would not have Bass Music like we do today if it was not for Noisia. I think the moment that this clicked for me was hearing their remix of The Prodigy's ‘Smack My Bitch Up' during Mysteryland USA's closing ceremony this past May.

What do you get when you combine two of the most technically skilled turntablist of all time and have them start producing? Jack Beats. The duo consisted of Beni G and Plus One of the Mixologists and Scratch Perverts, this super group was destined for greatness from the get go. Their take on fidget house has heavily influenced artists such as Botnek and SNAILS in the present day. Though they continue to produce some of the most on point music to date.

Feed Me is another example of someone I lie awake at night and think about what if he never decided to make music. Without himself and his alter-ego Spor, bass music would have never become what it is today, and artists from Skrillex to Kill The Noise may have never become the stars they were destined to be.

The virtuoso of Anjunabeats has a lot more to his name than the progressive house sound most people are familiar with. His ambient tracks like ‘Need Your Love' are some of the most beautiful things I have heard and his experimental releases like the song below are mind blowing. His classical education shines through brilliantly as he continues to further the boundaries of EDM.

How could the Kannibalen Vomit Step master not make this list? I remember the first song I heard of SNAILS was Dirty Raxxx. I was blown away so I dug deeper, and immediately knew he was going to change things for good. His sound design shows that sometimes less is more, and simplicity can be just as jaw dropping as complexity when done in the right way.

These rowdy guys from our friendly northern neighbor are continuing a legacy that was forged years ago by former members of this list. By using fidget house and noise elements in electro tracks Botnek has gotten some serious critical acclaim for unexpected drops. You never know what is coming next with these guys, but they are among my favorite producers at the moment.

Neuro and Glitch are both ever evolving genres where brilliant sound design is a given. Mr. Bill takes that to the next level and with each subsequent release he gets better and better at what he is doing. Check out some of his sonic mastery with this track below. This man deserves more credit for the sounds he is creating.

Flume has become a legend in just the few years he has been producing. His name is synonymous with elegance and decadence in sound. He is the future bass Pioneer that is continuing to shape the entire landscape of EDM with each new track he drops. It is hard to find an artist who is able to live up to my expectations which each release. Flume does so with ease and surpasses them flawlessly.

What would sorority girls be listening to if Tchami didn't come on the scene and start dropping his now signature brand of future house? It is a question that I am to scared to ask myself (honestly probably Kygo but whatever). Tchami's incredible style has inspired some of the most exciting rising stars in the game, like Oliver Heldens. He continues to make the music he loves and does so with class and an excellent perspective.

Underground dubstep is an absolute breeding ground for sound design. It is widely neglected by the main stream, but with some digging you can find some unique noise that is unlike anything else on the map. Up and coming producer Phiso in my opinion is on the forefront of this movement. Having scored releases off of some of the highly regarded labels in bass music, Phiso is a rising star that does not look like will be burning out any time soon.