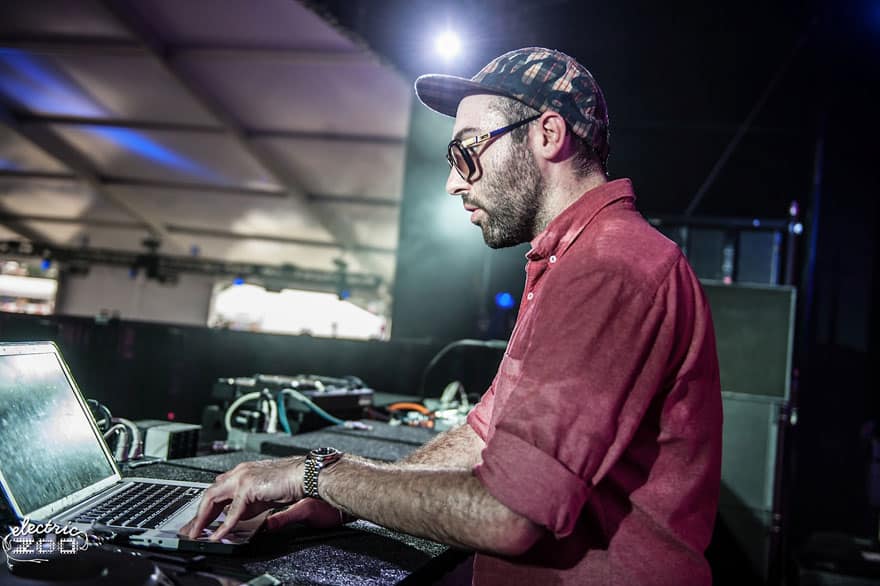 On the final day of LAN I got to sit down with the wonderfully awesome Paper Diamond and talk music and more. Take a listen to the interview, or read and enjoy!

What's up guys Carter Rowland here with EDMSauce and the one and only Paper Diamond, how you doing man?

Since the raindrops EP is about to come out, do you already have a favorite song in it?

Alex: “Man I spent the last year making songs everyday, so there's so so many, and basically the raindrops EP is my favorite of those. I put out a bittorrent bundle last week [prior to Christmas] which had 35 of my unreleased beats, and those are the ones that are all dope and I like them but those aren't-”

those aren't the ones that made the cut?

Alex: “Right! So I've been working with a lot of singers lately, I spent a month in London working with a different singer everyday and writing lyrics, and I don't like the sound of my voice being recorded, but I have melodic ideas, and melodies, and lyrics so I've been singing with a lot of singers so they can work with my ideas. So I would say every song on the new EP I'm real proud of, not only musically, but also the intention  with where I am at my life.

So the next thing I wanted to ask, you already had an established background in music, being the bassist for an electronic band, and you own a Record Label, how did that effect you and your transition into being a DJ in a bass genre?

Alex: “Yeah so it was kind of accidental to be honest. I was in a band and we were making all types of electronic music, but I was writing music on the computer and we were incorporating Ableton Live on stage in a live band format, so for me I knew how to use Ableton and other DAW's while I was still playing my bass guitar at the same time. So basically with that band, I knew we would have 3 instruments and a computer so I would write music with that in mind, but then I was writing all of this other stuff just in my head, and I decided to send some of it to Flying Lotus and he said ‘hey why don't you put out a mix for a label' and at the time he was and still is an inspiration for me. At the time I was like oh wow I can make super weird sh*t or whatever I feel like besides for the band; I started writing anything I could think of and not put any limitations on it. When the band started to tour less, I still wanted to tour and have that outlet so that's kinda what birthed the Paper Diamond project!”

Well that's awesome! So what's your opinion on Lights All Night so far, and what's your favorite venue you've played in?

My next question was: how is puppy diamond, and has he ever made a guest appearance while you're DJing?

Alex: “He hasn't yet, but he's been, I try and take him when I can! I haven't taken him on the tour bus yet because I don't think it's the best environment for a dog, but I think I'm gonna bring him this time on the raindrops tour! He's great though, he's just hanging back in LA, and I miss the sh*t out of him instantly any time I leave him!”

Of course of course, haha so if you were to host a festival what would the theme of it be and who besides yourself would headline?

Alex: “Well actually, Elm & Oak, which is my record label, design company, and everything else had a gallery in Boulder, Colorado, and we through a festival there in Boulder called the ‘Levitate Festival'. It was on 4/20 about three years ago, and we had DJ Shadow, Rusko, and myself. I was doing a lot more things with Elm & Oak like managing bands, like that band Cherub and groups like Two Fresh and stuff like that, and this past year I realized I really enjoy doing a whole bunch of things, but I took a step back from being so involved in all of that because it was deterring me from writing. So this year I've been solely focused on writing music, so I'd like to throw another festival someday but right now I'm focused on writing music.”

Alex: “Ohh, I would probably want to fly because I spend so much time in the airport, but the negative side effect would probably be that I still get Jetlag.”

Oh that would be tough to deal with, but what do you feel would be your kryptonite?

Alex: “hmmm, my kryptonite…. well as an artist sometimes you doubt yourself. You make so much sh*t and you think ‘well is this dope? What am I trying to say?' and a lot people judge you for your most recent release, they think that whatever you're putting out is your new direction. So I think ah I love this, but is this what I'm trying to say? So I really have to be like ‘F*ck what everyone thinks, I'm just gonna put out what I like, and what I'm feeling, and what I'm doing.' So it's a bit of overcoming what other people, producers, and everyone think and it's basically letting go of what others think.”

The final question I have to ask, what was the best present Santa brought you this year?

Alex: “Ah! I got to go to New Zealand for a month, and that's where my girls from, and I was basically just traveling around the country and I hadn't taken a real break in three years, and even so I didn't take much a break there because I put out that bittorrent bundle, and some other sh*t, but just being disconnected because I'm hitting the road hard for 2015, so it gave me a chance to reset and work on music outside of my own studio so that was the best present I got!”

In this article:#interview, lights all night, Paper Diamond