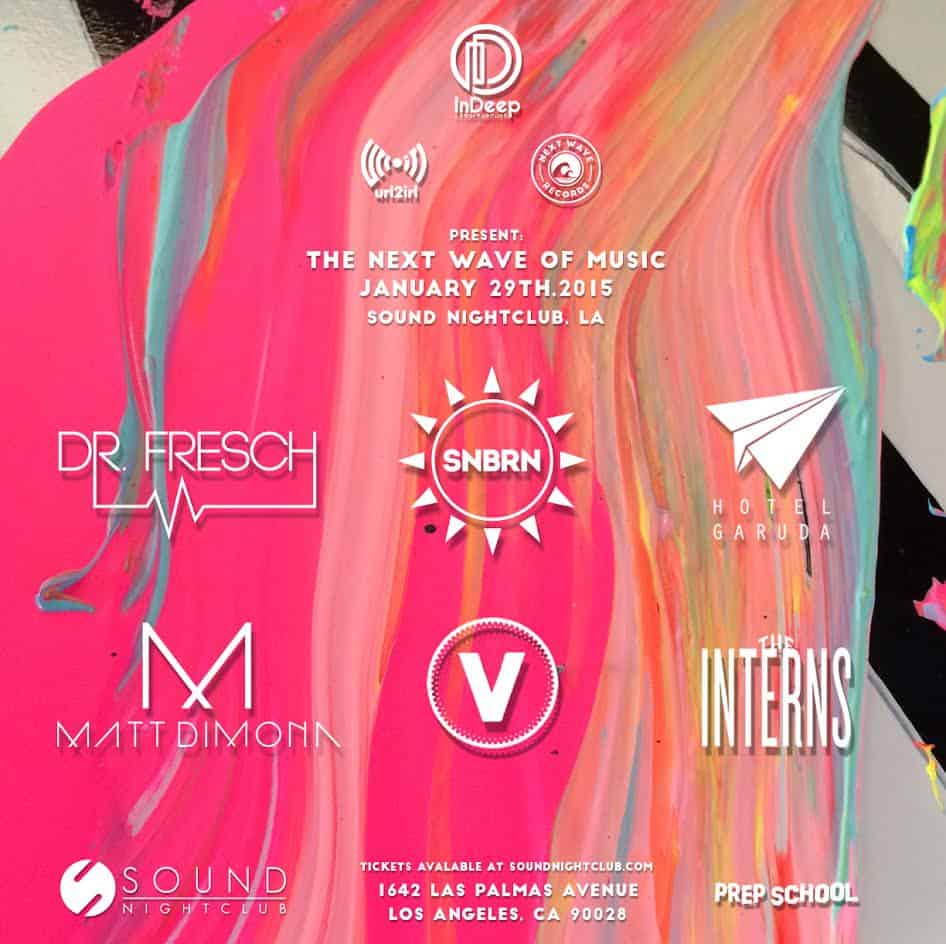 InDeep is a promising Event based company that focuses on Electronic music, mainly house [of all sub-genres]. For their forthcoming showcase, their headed to the West Coast to partner up with upcoming boutique labels Next Wave Records and Prep School Recordings. InDeep + IRL2URL Present: The Next Wave of Music Showcase, will be presented at the legendary L.A nightclub / venue, Sound and feature performances from Hotel Garuda, SNBRN, Dr. Fresch, Matt Dimona, Rambo V, and The Interns. Check out a quote shining light on the event below, and head over to the Facebook event page by clicking here.

“Basically, the big takeaway from this event is we are trying to showcase the future of music within the American Scene. These artists haven't fully blown up yet, and they're all primed to have massive 2015s. This is the entire point of the InDeep vision. To bring quality house music in a proper environment to as many people as possible via the InDeep show experience.” – Stan, Co-founder of InDeep

PURCHASE YOUR TICKETS TO InDeep + IRL2URL Present: The Next Wave of Music Showcase HERE!