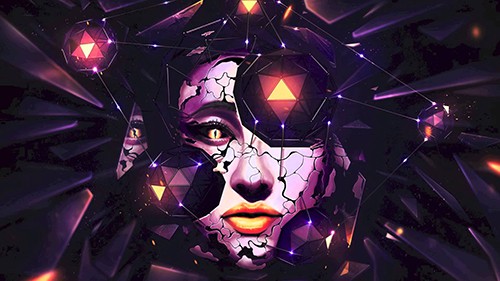 The end of last year saw D&B label Viper Recordings mark their tenth birthday with the “Decade Of Viper” compilation. Alongside many classics, the LP also featured a number of new collaborations – one notable being between Koven and Memtrix in the form of “Pessimist”. We got both sides of the story from the bass duo and artist respectively – check it out.

How did the collaboration come about, and do you see yourselves working together again?

Koven: We've known Memtrix for a while now and we've always been big fans of his music. We've attempted doing collaborations before but we've always had things crop up which meant we could never finish them. So when Viper came to us asking for a collaboration, we knew who to ask instantly. Hopefully we'll do something again in the future as it was great fun working with him.

Memtrix: I've been friends with Max for a few years now and loved Koven's music since the first time I remember hearing it. We'd started a quite few little tune ideas together in the past but never got round to finishing them, and then recently Max told me that they were asked to do a collaboration for the “Decade” album and wondered if I'd like to partake. Obviously I was completely up for it and we got writing straight away. I'd love to do more music with them, Katie has an incredible voice and Max is one of my favourite producers.

What is your top Viper release over the past ten years?

K: Tough question! “Pale Blue Dot” by The Prototypes edges it I think. Every single time it gets dropped in a club, everyone just goes mental for it.

You have both been playing out live this year, any standout highlights?

K: Exit Festival was a highlight for us. To be given the opportunity to play in front of that many people was amazing. Also to play alongside artists such as Rudimental and Gloria Gaynor was an incredible experience.

M: I played a few shows in Australia at the start of the year and that was pretty incredible. Sydney is one of the coolest places I've ever been to.

How would you describe working with Viper Recordings?

K: It's been good! They are a drum and bass label, but we have been fortunate enough to have the freedom to release what ever style we want, which a lot of labels wouldn't let that happen. We are very thankful for that!

M: To be honest I haven't really worked with them directly, but I know a lot of the artists on Viper who are all awesome people and very talented.

Is there a story behind the creation of “Pessimist”? Did it take long to pull out of the bag?

K: Me and Katie had been playing around with the intro chords for a while before the collaboration, but I really wanted to hear what they would sound like played on acoustic guitar. So as soon as we began this collaboration with Memtrix, knowing he was a fantastic guitar player, I had to send these chords over to him. He came back with the guitar intro and around a week later we had the track finished.

M: I think all in all it was just over a week in the making – it was a really organic process that just seemed to flow back and forth really well. I was going to record some last minute vocals of mine just as some final additions to the track, when my interface died on me last minute, so I had to record them on my phone Mic. I think that was the only issue. It's not the first time I've released a track with phone recorded vocals though.

Crystal Skies have teamed up with We Are Fury on the bass-heavy track Looking For You featuring Pauline Herr. Four of the industry’s most...

British bass duo Koven returns with new a track that continues to cement them as a formidable force in EDM. ‘Never Have I Felt...