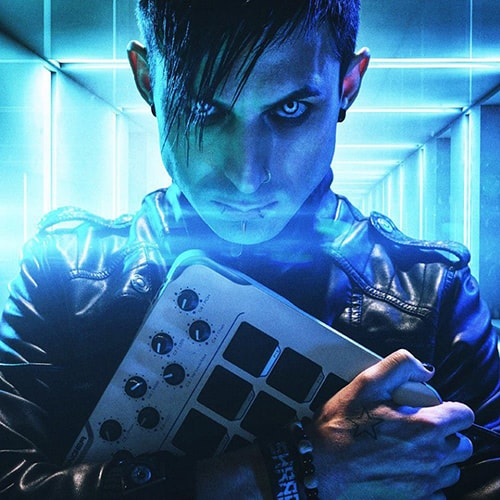 Having just had his storming remix of Tim Ismag‘s “Anime Fight” featured on a new remix EP, we had bass producer Ryle on our radar. Whilst he creates some seriously intense and thunderous sounds, we wanted to hear what his musical guilty pleasures were.

There are so many elements to this song that I can’t get enough of. The vocal hook in the chorus, the lead melody, the drum production… but the twists and turns that 50 takes you on through out the verses is really want make this song magical. The ability to provide all of those quality elements, while still being a club banger, is a genius combination… Now just shake shake that ass gurl!

Dr Luke and Max Martin are two of the most prolific writer/producers in pop music history, and are responsible for a good chunk of the horrible pop stars we have. I'm not a fan of most of the artists they produce and write for, but I'm a huge fan of both of them and the way they write. E.T. has some really off the wall elements, and Kayne really sets the tone of the track with his first verse. Katy’s vocals in the pre-chrorus and chorus are nothing short of haunting and really do feel out of this world. The production, especially synth work, is incredibly well done. It's not a typical pop-song, and there is a great timeless element to it…  I also may or may not have a slight Katy Perry obsession.

I'm a sucker for classic 80’s tracks, and even though this isn’t one of the most well known 80’s songs, on a musical level the song is just amazing. It's everything you want from 80’s rock. Slick vocals, snare drums with gated reverb, lush analog synths, and a killer saxophone solo – all played by dudes with feathered or curly hair in way too tight jeans.

Although it's hard to pick a favorite Pantera song, and even harder to pick out a top song off the whole “Cowboys From Hell” album, “Cemetery Gates” is arguably one of the greatest heavy metal songs of all time and its also one of those songs that just speaks to my inner headbanger. All of Dimebag’s guitar parts are so memorable and the main riff is so heavy. The dynamic changes between the chorus and verses and how the song switches from lighter to heavy so many times is so insanely creative. Finally, the call and response between Phil and Dimebag at the end is an amazing showcase of both of their talents.

I'm not ashamed to admit I'm a huge fan of all things nu-metal. “Break Stuff” is everything that's right about nu-metal and a perfect song to blow off steam on those bad days everyone has. It ends up being so cathartic just to think about smashing everything in the room. The mid-tempo groove and the guitar riff in the chorus just makes me want to jump around and stomp shit while screaming “GIVE ME SOMETHING TO BREAK!”

In this article:Musical Guilty Pleasures, Ryle