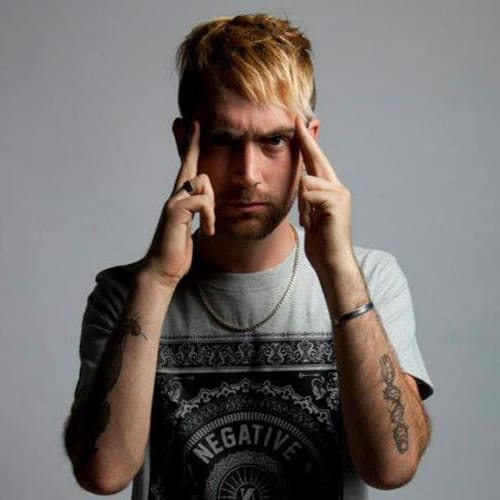 Just a week or so ago, Australian producer Smile On Impact dropped his deeply varied and refreshing LP “In Space, No One Can Hear Your Boring Stories.” With the album covering so many different musical styles and sounds, we wanted to hear what Smile's personal musical guilty pleasures were.

This represents the opposite of one of my core values: “efficiency in the music biz”. A massive blow out, this album needed to sell 10 million copies to break even (apparently). Over produced in every way. What amazing recording and incredible singles.  The harmonies!

We have the arts so, minds like this are persevered within our society. Some people have the confidence to make music just for them. Expression, without compromise.  By coincidence; they occasionally reach a lot of people and make a kind of sense.

When you love slick production, it’s important to make room for things that are just not slick. Possibly the least pretentious band in Australia, they've had massive success overseas and an amazing work ethic. This band is under-rated at home. Although, absolute legends to those who’ve seen them play.

None of the class or restraint that is expected in modern dance music. This act were so sample heavy, so thuggish. What pioneers. They gave us permission to be rude. Their artefacts remain in great condition.

The antithesis of ‘Hard Ons’, this band are so slick it’s almost sickening. The autotune, the harmonies, the production is not “rock’n’roll” but instead, an amazing organisation of passion. Channelled, controlled aggression. Masculinity at its most formidable.

In this article:Musical Guilty Pleasures, Smile On Impact