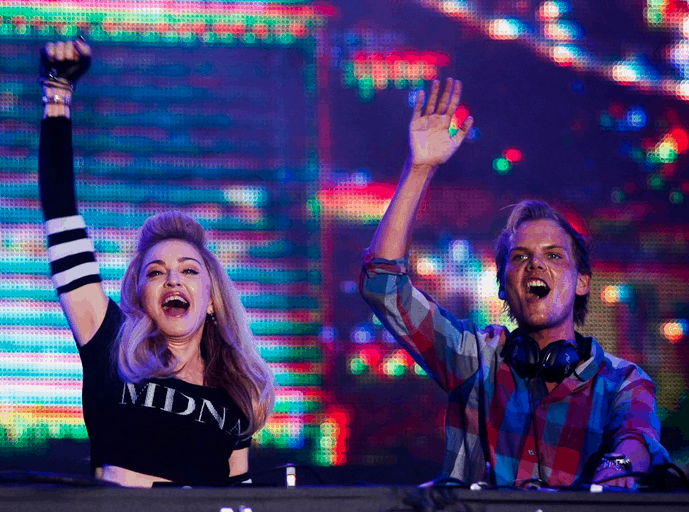 With the radio hit ‘Sky Full of Stars' produced for Coldplay, there's no doubt Avicii is certainly breaking even further into producing for mainstream dance music with his new collaboration with Madonna. The Queen of Pop herself has chosen Avicii to take on two fresh tracks titled ‘Wash All Over Me' and ‘Rebel Heart'. The tracks will be featured on her upcoming 13th studio album set to be released early next year.

Unfortunately both tracks have since been removed from all internet streaming outlets. With two huge names in their own industries, these songs are sure to blow up when they hit the air, which is reportedly at the end of this month or early next year.

Avicii and Madonna took the stage together in 2012 at Ultra Miami where Madonna, promoting her album MDNA, caused plenty of controversy by asking festival goers if they ‘found molly'. However, we're certain this time Madonna has learned her lesson and the new Avicii collab tracks will be instant mainstream radio hits.