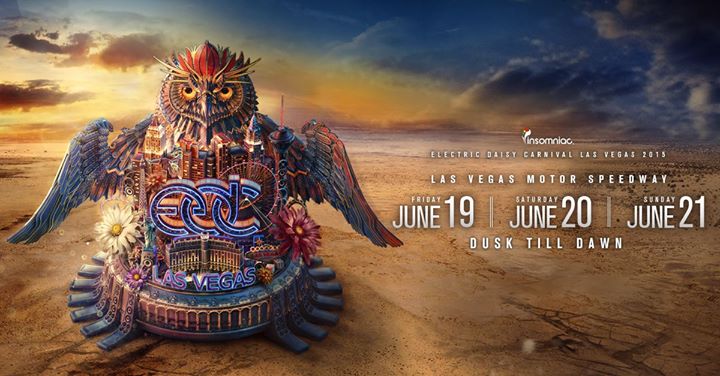 Back on November 10th, Pasquale Rotella and Insomniac Events said that a big announcement for EDC Las Vegas would be coming on November 18th. After a week of anticipation, we concluded that they would be announcing the ticket sale date, ticket prices, festival dates and ticket plan details and they did just that!

Electric Daisy Carnival will take place on June 19th, 20th and 21st at the Las Vegas Motor Speedway. Tickets will go on sale on Monday December 1st at noon PST. In the meantime take a look at the teaser for EDC Las Vegas 2015.

EDCLV will only have 2 different tier priced tickets. Early Owl & Regular. All tix will sell out in advance in record time! #keepingitsimple