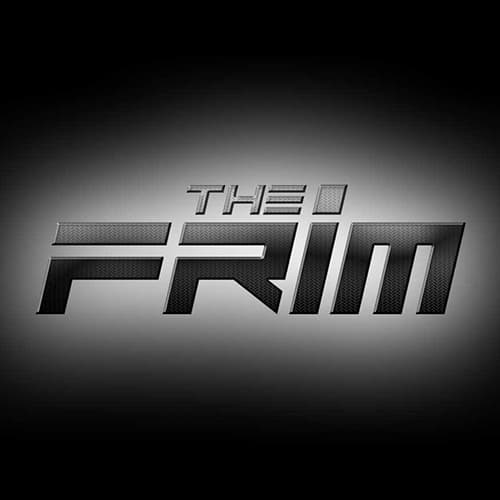 Today sees the new single from dubstep heavyweights Excision and The Frim land on the former's Rottun Records imprint. Entitled “Night Shine” and featuring the flawless vocals of Luciana, this piece of work is darkly epic and highly musical. The Frim, aged just twenty, is on the cusp of becoming a major player within the scene and his sound is already incredibly unique. We got in touch with the US based producer to hear a handful of his musical guilty pleasures.

I first heard this tune because of the controversy when it came out about how the main Synth riffs were preset Apple Loops from Garageband. However, when I listened to the song, everything else Polow da Don added impressed me, especially the Moby-ish piano breakdown at 4:25. He was clearly inspired by the way those loops made him feel, and managed to create a whole song out of them that expands on the ideas and mood of the loops. In that sense, is what he did any different than Daft Punk making “Harder, Better, Faster, Stronger” out of Edwin Birdsong – “Cola Bottle Baby”?

Everything about this song is fantastic, the very sparse but detailed and advanced production, the chord progression, vocal melody and harmonies, everything. An extremely well made pop song. I love the old-school melotron flutes in Kimbra's verse.

I’ve been a fan of The Neptunes for many years and this has always been one of my favourite songs they wrote. (By the way, I’m very happy that after all these years, Pharrell is finally getting the attention and celebrity status he deserves. The man is a pop music making GENIUS.) The B section at 2:22 is absolutely amazing. And in the main riff on paper (in terms of music theory), the bassline and top chords should NOT work together (it’s F/G, G/A, Em). And yet somehow it sounds great. That is why Pharrell is a genius.

I don’t like most 90+% of popular Big Room House tracks I hear, especially ones with supersaws all over the place (which again is 90% of them.) But I’ve really liked this tune since I first heard it, and frequently listen to it in the car right alongside my favourite tunes by ‘cool’ artists. I don’t like the intro though, because I’ve enjoyed the Nancy Sinatra cover and the Audio Bully’s remix for years. So this feels like when Pitbull, Flo Rida, etc take some already well known song (“You Spin Me Right Round”, “Take On Me”, etc) and release it under their own name and hope just enough kids don’t know the hits of the 80’s to make a fortune. However there is something extremely infectious about the main riff of the drop. Despite being so simple, somehow that decent to the root at the end of the phrase just sounds like such a satisfying resolution, it makes for a very powerful riff. Guetta’s army of enslaved, underfed production minions did a good Job on this one. (Update: Mr. Guetta’s lawyers have asked me to state that their cages are quite large and that they are Indentured Servants, not slaves.)

Yes, I will admit that Kanye West has some… issues… but the man has made some great music over the years. All of this album is great (“Graduation”), the beats, the samples, the lyrics, everything. I struggled to pick a favourite. I picked this one because of the piano line, and also, while relistening to it trying to pick a tune for this list, I realized that he’s talking about Chicago in metaphorical terms. When I was a kid I thought the song was actually about a girl named Wendy and then at the end of the verse he reveals he’s talking about an actual girl he knows named Shi-Taun or Shy Taune or something (I was not aware of the nickname Chi-Town or Windy City for Chicago at the time). It all makes sense now, and I was/am a blithering idiot.

You can purchase a copy of “Night Shine” here.

Advertisement. Scroll to continue reading.
In this article:Musical Guilty Pleasures, The Frim