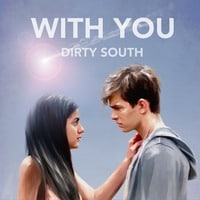 Today is a big day for Dirty South, his second studio album ‘With You’ has been released and is out now on Phazing/Astralwerks. The album consists of 12 tracks, including the huge debut single ‘Unbreakable (ft. Sam Martin)'. Dirty South has also released a short film which coincides with the album of the same name. It is something very unique and absolutely worth checking out. The trailer for the short film, ‘With You' can be seen below along with the official press release for the Album and Short Film. The short film (available now) reached #1 in 17 countries its first week, and there is no doubt in my mind that the album will do the same. Links for purchasing the Album and Short Film can be found below.

‘WITH YOU’ is the next step in Dirty South’s artistic evolution; traversing the electronic, indie, and alternative soundscape he creates a unique sound and an eclectic mixture of tracks that he has cleverly adapted into a narrative for a short film of the same name (available now on iTunes). What began as the renowned DJs sophomore album turned into something even bigger when Dirty South saw a way to tell a story about the music through the film. The film’s narrative, inspired by the emotions the artist felt when he listened to his album for the first time, allowed him to see a story within the music. The lyrics from the songs inspired elements of dialogue, as well as the project’s title. Much like the film’s protagonists Johnny and Aurelia, Dirty South’s film and album serve as companion pieces to one another. Each is an integral part of one fully-realized vision which spans the realms of audio and visual media to tell one interconnected story.

You can check out the album HERE via Dirty South's Soundcloud page.