Above & Beyond Discuss New Album in Google Hangout
Advertisement 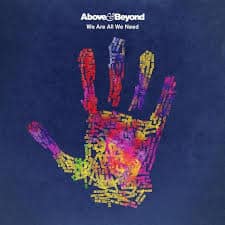 Before they played a legendary sold out show at Madison Square Garden, Above & Beyond stopped at Google Headquarters in New York City for an interview to discuss details about their third studio album, We Are All We Need. The album's release date is set for January 20th, and with three prerelease hit singles, We Are All We Need is one of the most anticipated albums of 2015.

In the 40-minute long interview Above & Beyond revealed details such as how the album's name was decided, how each vocalist was selected, and the journey to Madison Square Garden.

“One of the most amazing things about music is that, when you do write something, someone else can listen to that piece of music and be taken to that exact same place. That's just the most incredible thing… it's not something we are taught in school how to interpret music, music is a universal world wide language and I cant think of anything else that is quite like that.” -Jono

Above & Beyond's We Are All We Need continues the theme of positive connection with one another and ultimately serves as an ode to lifelong friendship. The Album features guest vocals from Zoe Johnston, Alex Vargas, and Justine Suissa and is currently available for pre-order. By pre-ordering the album, you will be able to immediately download the two tracks that have already premiered from the album, “Blue Sky Action” and “Sticky Fingers”.

In the meantime, while you're dying from suspense, get cozy and listen to Above & Beyond's inside scoop of We Are All We Need.