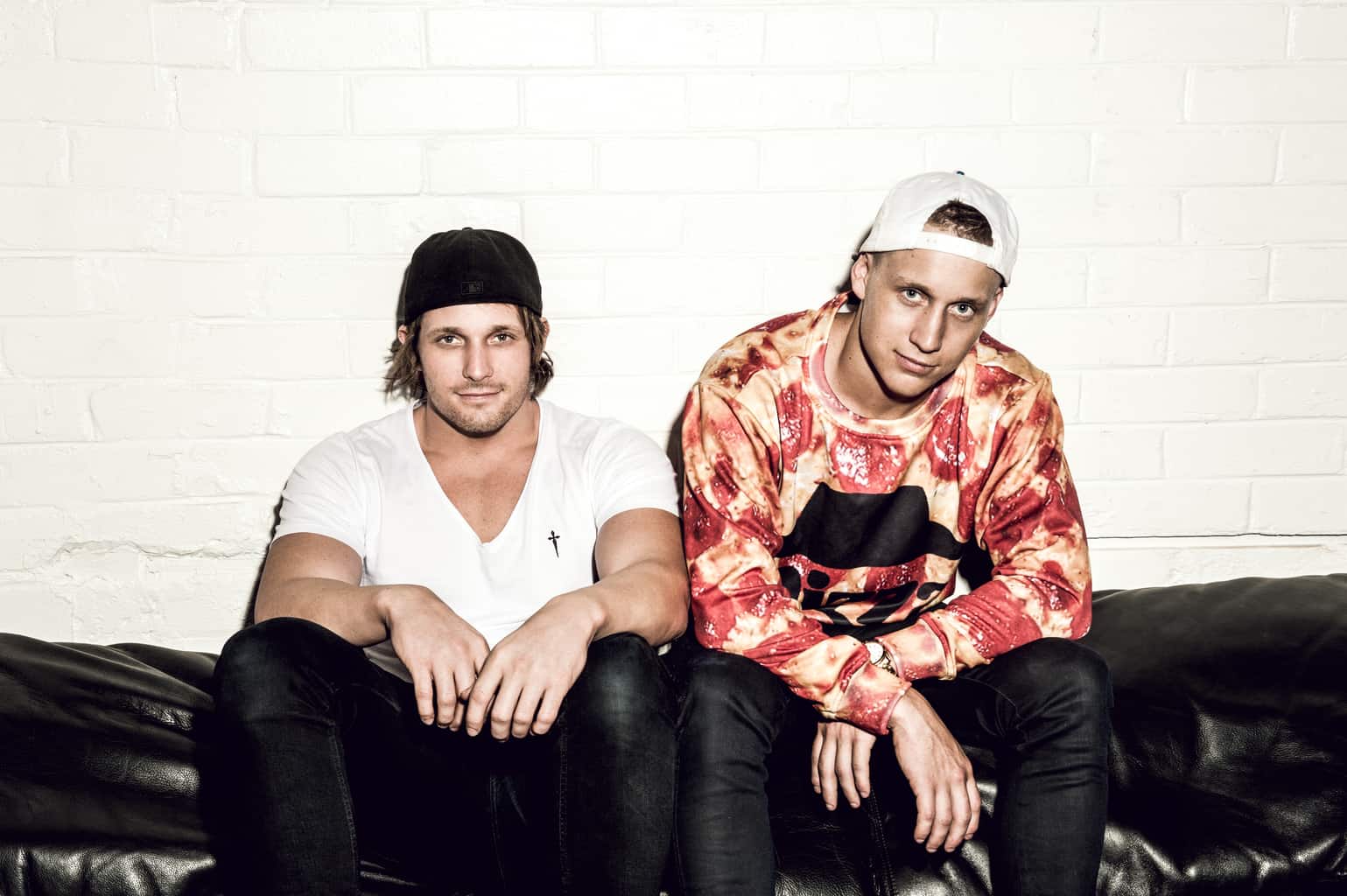 The Australian duo of Tyrone James and Jesse Taylor, AKA New World Sound, have been making music since 2011.  Having been trained in classical music, Jesse and Tyrone used their roots in music as they found electronic dance music as it was becoming big in Australia.

“We played classical music because of our parents.  They thought we should be involved in it and then we got into Electronic Music. It started out as a hobby. We used to have to use cassette players and have to “old school DJ.”

You’re forced to study music theory, which at the time seems kind of annoying, but when you’re making music, you subconsciously go back to that and it does make it quicker, so if you didn’t have that knowledge, it would take a lot longer. I can’t right off the bat say how much it’s helped make music, but it definitely has made the process a lot faster.”

With such an extensive background in music, Jesse and Tyrone drew from it in order to come up with their own sound and mix different genres of music so that they don’t classify themselves as one thing.  They are constantly pushing the boundaries of their own imagination as they continue working on their music.

“We don’t limit ourselves to one sound, but we love bounce. “Flute” started out as a trap, electro blend. It was a random style and you’ll hear more as we release more of our tracks, but whatever we’re vibing on, you’ll hear more of that.”

Tyrone and Jesse have had tracks released on LE7ELS, Spinnin, and Atlantic, and with such creativity and passion for their music, it’s no surprise that they have had support from some of the biggest names in EDM, including Tiesto, Nicky Romero, and Hardwell just to name a few.

“It’s an awesome feeling. Obviously it’s cool when you make tracks that you like, but when other people like it, it’s an amazing feeling. Even though we’ve had more support, having “Peak” played on Clublife was amazing. It made things feel real. At first this was a hobby, so that really made us feel like this was the right choice.”

“A lot of them are with the bounce guys at the moment. We haven’t named them, but if you check around the blogs and sites like that, you can check out who people are naming. We’ve got a couple of more bounce tunes, and we’re also working on a vocal tune that’s not something people would expect, so we’re excited to sort of see how people are going to react. It should be out in about 3-6 months.”

Jesse and Tyrone know that without their fans, none of this would be possible. They remain very down to Earth and love to talk and interact with the crowd. The love that they have for their fans is undeniable and it’s one of the greatest things about what they do.

“We’re just trying to make good music and if people are vibing on it and froth it, that’s all we can ask for. As far as success, if people like the music, then that’s a plus. It’s amazing and we see it at all of our shows. We love to take photos and talk to the fans and party with them. They’re awesome. They’re the same as us usually, vibing on the same tunes, just having a good time. Thank you all for supporting us and we really appreciate it. Don’t be afraid to come up and say hi. We’re always happy to talk to you guys and party with you guys!”