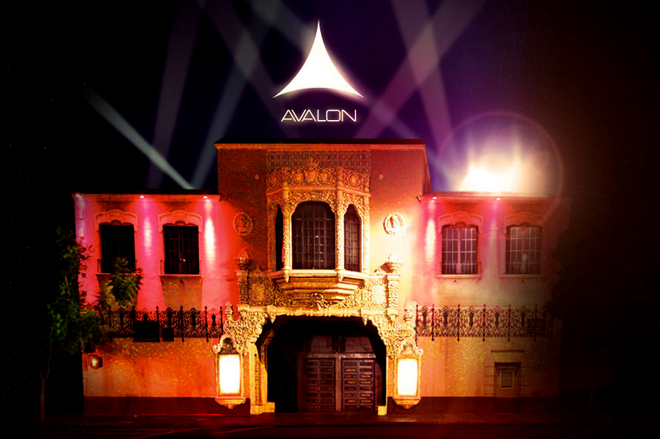 Located in the heart of Hollywood, California, The Avalon Hollywood is one of the most iconic places in Los Angeles. With such a rich history, the Avalon has had musicians from a wide variety genres play its stage, including The Ramones, Frank Sinatra, and the Beatles just to name a few. Ryan Jaso, one of the men responsible for the Avalon’s reinvention, had an idea and he and his partner, Chris White, came up with the Avalon’s CONTROL nights.

“Chris White, my partner, and I saw the EDM scene in Los Angeles was such a staple. Every DJ had residency here and the idea was that this new movement that was coming, this sound that we liked. We really wanted to start booking that music into a bigger venue. You had Dim Mak Tuesdays, and a lot of it was still underground, so at the time the Friday was a Top 40 night that wasn’t doing very well and the owner of the Avalon wasn’t too happy. We came up with this concept of CONTROL and the idea was simple, bring this new movement, this new sound to a big stage. Our first couple of shows were hit and miss, it wasn’t until A-Trak that we thought “Hey this could work” and this was in 2008, so it was a long time ago and the scene wasn’t what it is today. But it was really cool to see a lot of these different acts get a shot at the big stage and now, we’ve had everyone through here.”

CONTROL has become one of the staple nights at the Avalon. The amazing thing is that it’s not all DJs. They’ve had a great mix that caters to everyone’s taste in music and don’t limit themselves to one single genre.

“We’ve done some live Electronic Bass acts and then we have done DJs, but we like to have a good mix. We’ve had Waka Flocka and we’re looking at bringing him back in the next few months. There are no real boundaries.  We don’t ever want someone to say CONTROL is just this or just that, booking is a moving target which can be a good thing if you know what you are doing. We’re going to keep making changes and we’ll see what happens in 2015.”

As the times were changing, so was the Avalon. It received major renovations between 2007 and 2008, and a huge overhaul this year in 2014 and now the Avalon now boasts a custom sound system with a new interior. Ryan and Chris were able to help it change with the times, which it has been able to do so since it was opened.

“I think it’s such an iconic building, it’s been here forever. It’s got so much history and so many amazing acts have come through here  from all different genres of music, so that’s kind of an iconic thing in its own right. I’m always biased. I thought it was the best room in LA before the renovation, but now there’s no question about it. The sound is so clean. It’s the owner John Lyons sound system. It’s his company and he built it.”

Changing with the times, the Avalon has brought generations of people together, all to enjoy one thing. Music. The live acts that have come through here span multiple genres and generations. It’s one of the most historic places in Los Angeles and has become a one of the premiere venues for EDM.

“One of the biggest moments was when Skrillex played the side room back when we had a side room. He’s a friend and I kept telling him I wanted to get him a chance on the main stage and the perfect opportunity arose when we had a show with Wolfgang Gardner. We put him on the Wolfgang show and on the flyer it was Wolfgang Gardner, Harvard Bass, and Skrillex and to this day I’ve never seen it that busy in here. The numbers were crazy and I remember Chris and I looking at each other thinking “Holy Shit, This is real, obviously the guy has defined a genre at this point.  It was amazing to see his career grow the way it did, couldn’t of happened to a better guy.”

“We can expect anywhere from 1200-1500 a night, which is right at our capacity. It’s been really cool. We’ve built a following over the years. It’s been really amazing too because the guys who came here in 2008 are around 24 now and an 18 year old now was 12/13 years old when we started, so it’s amazing to see the generations and the trends that have come through over the years.”

The historic Avalon Hollywood has become one of the main venues in Los Angeles. The rich history it has and the way it’s been able to reinvent itself has made it one of the most iconic stages across several genres of music. It’s one of the go to places every weekend and it’s exciting to see what the future holds­­ for it.

Hot from the vibrant house scene down under, Lowdown debuts on Pinnacle Collective with “Control”, a techy house tune filled with energy and groove....

Gorillaz drop newest track ‘Hollywood’ ahead of ‘The Now Now’

Our thanks to both OIJ and Rochelle this week for sharing their Musical Guilty Pleasures with us. Having just created the wicked single “Control”...