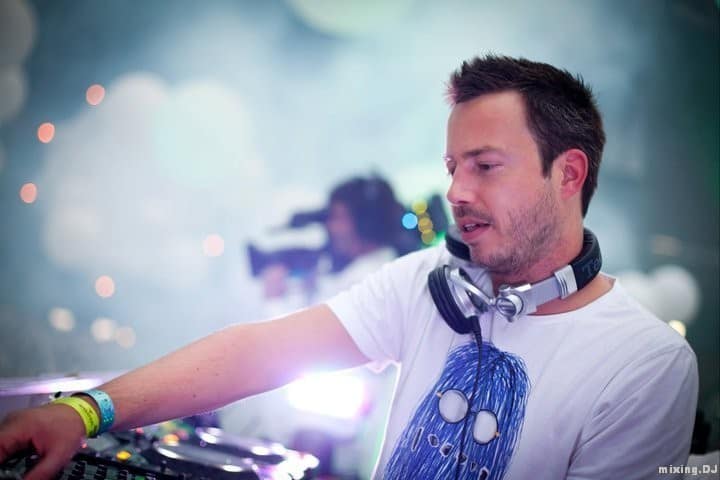 To celebrate the 250th episode of his podcast Identity, Sander van Doorn stopped in to the big apple and was kind enough to take a few minutes to chat with edmsauce about his upcoming projects before heading out an epic boat party hosted by Pacha NYC.

Elle: You've been quoted before saying you love New York City. Is this really true?
Sander: Absolutely. I really like the city and I love playing here. You have a crowd who is generally pretty educated about music, you have the most clubs in the area – the nightlife is so alive here. There's afterparties, and warehouse parties, I've played many different venues. Also I think, I love the New York from the movies. I would like to sight see a bit more; I've never seen the statue of liberty so the boat ride will be pretty exciting for me!

Elle: If you've seen a lot of movies about New York then you've probably noticed it's the scene of the apocalypse in basically all of them.
Sander: Well maybe I did notice that…
Elle: Hypothetically let's say we get a call in the next five minutes saying there is a zombie outbreak in the city. What's your plan?
Sander: Let's stay here.
Elle: And?
Sander: We'll lock the door and hoard the alcohol and order room service.
Elle: Because we are just going to die anyway?
Sander: Very likely yes.
Elle: Just in case we don't want to die in the hotel, what about if you could have a sidekick to fight at your side?
Sander: If I am going to go out in the streets… Laidback Luke. He's a champion in kung fu. He can fight for us! (readers: true story, Laidback Luke is a kung fu world champion)
Elle: (laughing) I can picture it now.
Elle: Let's talk about the music. What track of yours do you think is your favorite, even if it wasn't your best or most recognized?
Sander: That's an interesting question… you know every track has its own story. I've produced… (he's counting and thinking) maybe 140 tracks over the years. Not all of them were released. Not all of them went through the finishing process. I really..hmm. I really liked Riff most, probably.
Elle: You've been a house DJ for over 10 years. And there are a lot of subgenres within ‘house' (electro house, dutch house, tropical, tribal, latin…) Let's say all of these were actual houses. Which house would you choose to live in for the rest of your life?
Sander: Hmm. Well my house would have all these weird levels and secret rooms and crazy furniture. I like to blend the genres. So, I would maybe want sections of the house. I'd call it weird house.
Elle: You have your own Record Label, Doorn Records. Are you still looking for new producers?
Sander: Absolutely, yes.
Elle: Do you personally listen to submissions?
Sander: There's a team to filter out and take a first run, but yes I listen to probably the best 40 tracks in a week. I like to do the A&R myself after that, help put on the shows.
Elle: Who do you think is underrated? Any artists that you think should be way more famous?
Sander: There are many underrated and many overrated artists out there right now. Some of the unknown guys have just the most incredible talent. I'm interested in producers who are all about the music and not about marketing themselves. I would say Dubvision is my pick. I have so much respect for these guys. I worked on “Into the Light” with them and their composition of tracks – the layers, the build – was just fantastic. Really great producers.
Elle: With your own label's roster of artists, do you have a favorite? Or are you the good father who doesn't have favorites?
Sander: Oh I have a favorite for sure. Julian Jordan is it. He's a real treat to work with, he's phenomenal as a person and as a DJ. He just doesn't care – he will fly alone in coach class on the red eye to some random gig and not complain. He loves to make music. He's so bright and positive. I'm very excited to see where he will go in the next year.
Elle: Since you do act as a mentor to these young producers, what advice do you give? What advice would you give your younger self if you could go back?
Sander: I probably would say “Stop being so hard on yourself!” Much of this is intuitive and takes trial and error. You gotta push yourself and trust yourself but stressing about every detail is not productive. Also I would tell myself to get that contract looked at by a Lawyer because its shit! My first contract was a really bad deal and I didn't know anything at the time.

Later we got to party the night away under a moonlit sky and Sander played “Gold Skies” as the boat overlooked the Statue of Liberty. It was a great night and we at edmsauce would just like to thank this truly funny and nice guy for giving us and his fans the chance to know him a little better. Below we have a selection of Sander van Doorn's best tracks:

Check out Sander van Doorn and his latest releases via his soundcloud or facebook.

In this article:Sander Van Doorn

SANDER VAN DOORN TEAMS UP WITH HARRIS & FORD FOR ‘SPOTLIGHT’