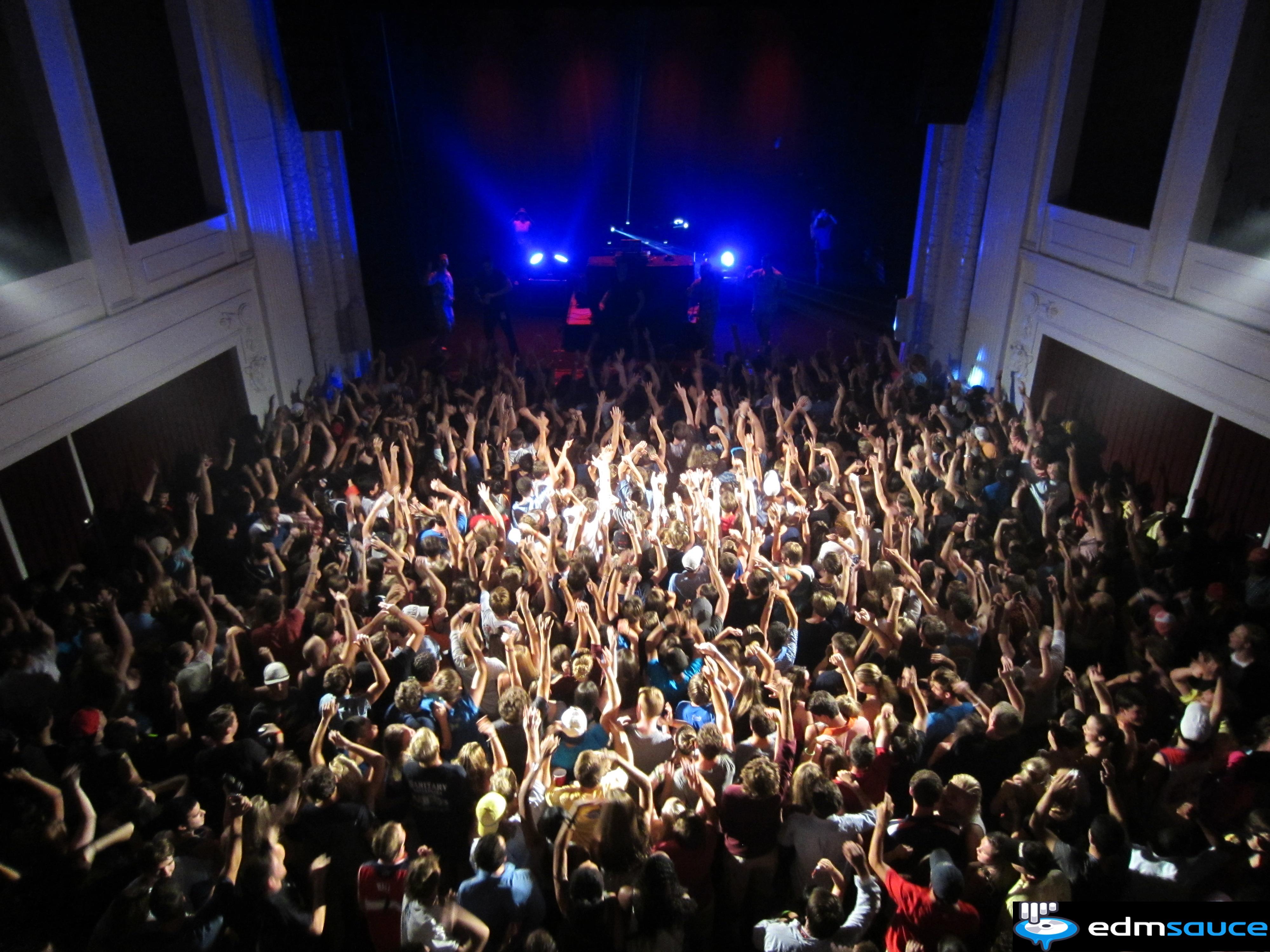 If there is one thing I am certain of, it is that Kap Slap will sell out his show every time he comes to Charlottesville. In fact, this was the third year in a row where he sold out the Jefferson Theater. Ever since he made his first appearance in CVille, he has built his fanbase and following that keeps the people coming back. For those who may not know where Charlottesville is located, it is about 2 hours south of Washington D.C., and about an hour west of Richmond in central Virginia. It is safe to say that Charlottesville is not a hot bed for electronic music, but that does not mean there is no demand for it. Charlottesville is home to the University of Virginia and the city is home to just under 45,000 people, so there is a market for EDM. The hype and excitement only builds when Jared Lucas, aka Kap Slap, rolls through town.

As I made my way toward the Jefferson Theater, I could feel the excitement building the closer I got. There was a big group of people outside hoping to find an extra ticket. Once inside, the party was already underway with the opening DJ on the stage getting the crowd going. Kap Slap had a competition for a local DJ to open up for him and the winner, DJ Crawf, absolutely rocked the stage. Tyler McMurray, aka Trademark, took the stage at around 9:15 and took full advantage of the hour long set, playing huge bangers that kept the crowd moving and the energy up. I personally enjoyed both sets.

Kap Slap hit the stage at around 10:15 to a massive roar from the crowd, who were pumped up from the first two DJ's. Kap Slap came out with a bang, and never let up for his hour and 45 minute long set. Some of the tracks played during his set included, TJR and Vinai's ‘Bounce Generation', Calvin Harris ‘Summer', a ‘We like to party' trap remix, as well as many of his bootlegs (‘Wake up all the timber', ‘Am I Wrong (Festival Edit)', and many more). The show was absolutely wild, he brought out the Kap Slap CO2 gun and sprayed the crowd several times, dove into the crowd once. I was even involved in the mayhem, helping douse the crowd with water several times throughout his set. It was an absolutely incredible experience hearing the roar and excitement of the crowd as I stood on stage as well as standing backstage looking on. As the set was nearing the end, Kap Slap played his last track and ran off the stage, but the crowd wanted more. They began chanting for an encore and to their delight he came back and gave the crowd one more.

There were many highlights throughout his set, but my favorite moment was at the end of his set when he played a track that mixed Journey's ‘Don't Stop Believing' and Sebastian Ingrosso & Alesso‘s track, ‘Calling'. It was the perfect way to end the set, especially with a Journey song that is mostly heard at bars right before last call. Another memorable moment in the set was when myself and several others went on stage to spray the crowd with water right as the beat dropped to W&W and Blasterjaxx's ‘Rocket'. It gives me the chills just thinking about it.

Kap Slap's night did not end after his set was over, it was only the beginning as he headed toward the University of Virginia campus to perform another set at a frat house. Things will only continue to get busier as he joins Timeflies for the After Hours Tour, which spans 25 cities, beginning in October. Also, his original productions will be released sometime soon (Trust me…keep your eyes peeled, it will definitely be worth it). So when Kap Slap comes to a city near you, be sure to check him out or else you'll regret it.

Be sure to Check out Kap Slap, and Trademark's SoundCloud Page for Free Downloads, New Mixes and Bootlegs.

In this article:Kap Slap, Trademark

Remember back in the day when Deorro went by TON!C, but was forced to change his name due to a trademark dispute? Unfortunately, another...

DJ Trademark is back again with yet another mashup of the year's best new releases. For the 4-minute-song, DJ Trademark mashed together 18 of...

I recently got a chance to sit down with the always entertaining Kap Slap at the last stop of his “Say No More” tour at...