For the first time in a long while, I was nervous. Sitting across the table from me was Robbie Rivera, Puerto Rican producer and house legend. Rivera has been making music for years – 25 years, approximately – and my list of questions was quite lengthy. I wondered whether I should ask him about the house music scene? About edm? About his legendary Juicy Beach parties? Miami? Or about his secret skills?

Secret skills. Obviously.
Elle: You make good music but let's cut to the chase, I want to know about your other skill – talent scouting.
RR: Ha! Yea.. well, it works out sometimes. A few times.
(He's being modest. Robbie Rivera's label helped with the discovery and promotion of the careers of the following: David Guetta, Axwell, Ingrosso, Mark Knight. Benny Benassi was one of the early performers at Rivera's JuicyBeach party.)
Elle: Who are you liking now? If you had to pick one performer from EZoo for your label, and all your profits depended on that act, who would you pick?
RR: Dubfire. No question. I've known him for many years, great team, great DJ. Nice. I like nice people.
Elle: Having been in this business so long, how are you feeling about the state of electronic and house music? How do you think the scene has changed?
RR: Being totally honest with you, I don't really like where things are or where they are headed. Since electronic music has become so popular, and the big money has come in, there have been a lot of negative effects. The music quality has gone down. There is more politics. Lots of greed all around.
Elle: How does that impact you directly?
RR: Well in a couple of ways. It affects me as a label because all these new producers want to be the next big thing. When I try to find a great producer, its a bunch of noise. Before the only guys submitting music were ones that truly passionately wanted to make music. Now it's “everyone wants to be a DJ…” Also, you know, because there are so many DJs out there, the prices for gigs go down – the venues say, “oh, I can get these guys to do it for less because everyone is at my door wanting this gig.” It's harder to make a living DJing unless you're huge.
Elle: What about the budding popularity of house music?
RR: House music is my music so I feel excited and also I feel scared that the same thing happening in electro will happen to us. I dont really want that.
Elle: How do you differentiate yourself? Is that something you worry about?
RR: There's lots of great house music right now flooding the market. It is a good time. I've been surprised by recent successes of some newer things I've been doing, more tribal house stuff – my track La Gente for instance, I didn't know if people would like it or not. It got picked up by radio. So the demand is definitely there. For me, making music is my career and not just a temporary interest though, so no matter where the journey goes I'm there for it.
Elle: It's amazing that you've been successful on so many fronts.
RR: Thank you. I consider myself to be driven but also, you know, this is who I am. It's my identity.
Elle: Speaking of temporary interests and the issues of the scene, what do you think of this recent back and forth about ghost producers?
RR: On the one hand I think it is necessary and understandable – good music shouldn't go to waste. On the other hand I see very negative things. For example, you know, there's a site that has the “Avicii template” and you just buy the template and tell it some chords and it will make the whole track for you.
Elle: Seriously? (Seriously? I'm shocked.)
RR: Yeah! And also you can just pay people to make a track for you. Maybe you can become famous without knowing anything about music at all.
Elle: I could be a DJ?
RR: With a few templates and websites why not? That is the thing, you know, you can't expect talent and originality from people who do these kinds of things to make their music. So it will all sound the same. It may even be decent music, it's just not authentic or original, and that bothers me.
Elle: What advice would you give to someone new to this genre, who hasn't heard your music before? How would you ‘sell it'?
RR: Well I don't want to sell myself here. I would say just listen to the music, maybe check out the scene at a live event, and decide what speaks to you.
Elle: What scene do you really like right now?
RR: My favorite lately is Panama City. Really fun place to be, good music, good weather.

It wasn't until a few days after the interview, when I was thinking more about his responses and the conversation that ensued, when I had a realization about Rivera. When I asked who he would choose among the Ezoo artists – who he would stake his business and livelihood on – he chose someone who is his friend, whom he trusts. That says a lot about a person. He didn't choose a sure bet, or the biggest name, the known moneymakers, or the flash. He chose his friend. That's the kind of guy who values loyalty and love over money. It was one of the most relaxed and honest interviews I've ever had, and I'd like to thank Robbie Rivera again for an awesome conversation and those insights into life in the music business! If you haven't heard his music before, press play below and give it a whirl.

ROBBIE RIVERA drops summertime piano anthem GET ME OUT OF HERE 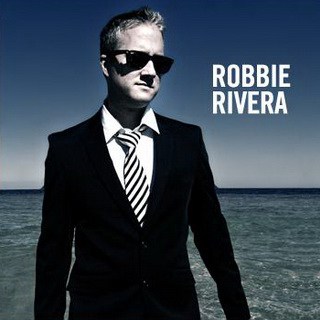 Robbie Rivera has just released another hot house track, Shake It, which is so Miami I almost felt like putting on my sunglasses. Rivera... 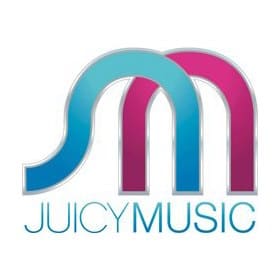 Check out this new tune from Armanda Pena & Crystal Waters set for a release at the end of October on Juicy Music. Founded...