Watch A $266,000 Art Sculpture Burn Down At Burning Man
Advertisement 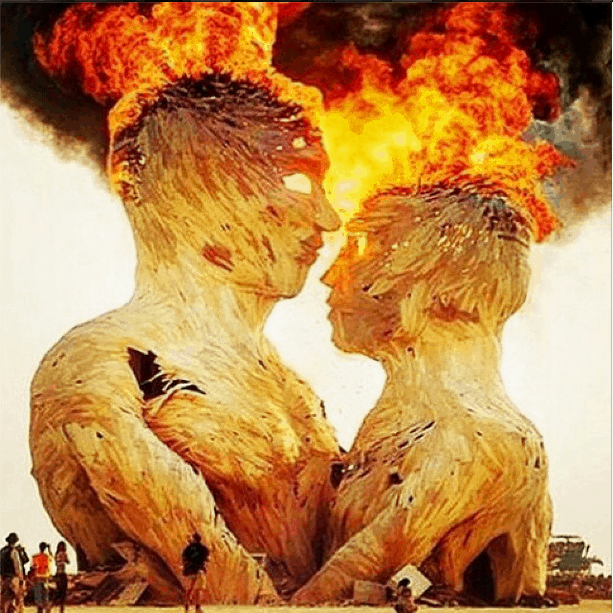 On Friday, the giant sculpture which featured a man and woman titled ‘Embrace was burned to the ground at Burning Man.

This sculpture was a project that began on Kickstarter. The ‘Embrace' sculpture was built by The Pier Group and they said “to make this whole operation happen we have independently raised funds, held fundraisers, used coordinators/volunteers, sold swag, operated a website, run advertising, created proposals, written grants, solicited transportation; engaged design, build team and lighting crews. In all, it has taken thousands of people-hours.”

View from a distance

The ‘Embrace' sculpture took $266,000 and a lot of volunteers to create. Watch the full video of this beautiful sculpture burning down below.

In this article:Burning Man, Embrace