Q-dance's Defqon.1 on a collision course with the U.S.
Advertisement 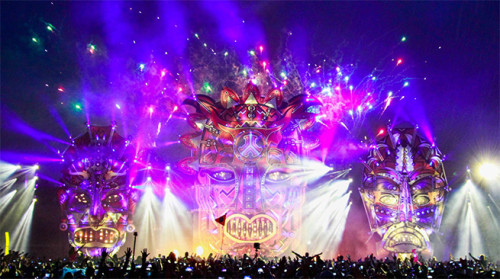 In a several part series of Reddit AMAs with hard dance DJs, MCs, and event organizers, MC Villain has confirmed that they will be expanding the hardstyle entertainment company's events and festivals. Part of the expansion, Q-dance regular MC stated, is to bring the largest hard dance festival in the world to America.

Where do you think the harder styles will end up in the USA? Can I expect Defqon.1 America in the foreseeable future?
MC Villain: Defqon will come!!!

And the question was asked again —

I saw you in orlando and was one of the few hardstyle shows ever in Florida. Do you think DEFQON 1 will ever come to the US?
MC Villain: No doubt that day will come soon 🙂

According to Hardnews.nl, Shelly Finkel, SFX's chairman of strategy and development, has already alluded to the festival's arrival stateside.

We will take Q-dance to probably a dozen (12) cities in the US on a smaller level and they will hopefully go to the next step soon. We will also build a festival or two in the US with Defqon.1.

Check out the after-movie from this year's Defqon.1 to get a taste of what's headed to the states.