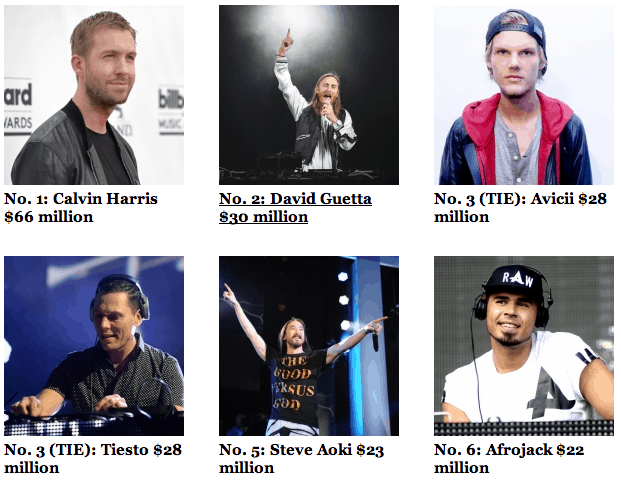 With EDM continuing to boom in America, Forbes has listed the highest paid DJs of the 2014 year. Last year, Calvin Harris topped the list while Tiesto, David Guetta and Swedish House Mafia were close behind.

“The top ten earners on our list racked up a staggering $268 million this year, 11% more than the $241 million haul of last year’s top ten,” Forbes said.

In this article:Forbes, Highest paid DJ's