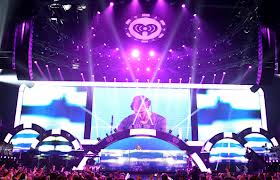 With EDM booming over the past three years, the increase in income for Electronic Artists has been following right along. Forbes has listed the highest earning DJ's for the year 2013 and most are not a surprise. Calvin Harris led netting $46 million throughout the year and Tiesto followed behind at number two with $32 million. Most of these guys play around 100 shows throughout the year while brining in a couple hundred thousand dollars per event.

Here's Forbes explanation on how they calculated these numbers: “Our estimates include earnings from live shows, endorsements, merchandise sales, recorded music sales, external business ventures and, in the case of DJ Pauly D, television (we included him on this list because, like his fellow Electronic Cash Kings, he makes at least half his cash from DJ gigs). Sources include Songkick, Pollstar, RIAA, promoters, managers, lawyers and some of the artists themselves.”