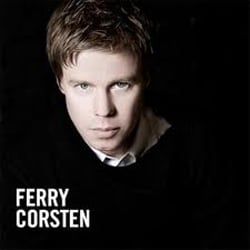 I bet you didn't know that Ferry Corsten had an alternate identity named Moonman. You probably thought Moonman is some talented kid you've never heard of. Love this progressive, trance-y track.
Says Corsten:

One of the many aliases that I used back in the days was ‘Moonman’. The first track that saw a release under this project name was in the year 1996, when ‘Don’t Be Afraid’ came out. One of the tracks on the B-side of the vinyl, was “Galaxia”. The reactions on “Galaxia” were really good, so the record company decided to release “Galaxia” later on as a separate track with some new remixes as well. Early 2005 I made an updated version of “Galaxia” so I could spin it in my DJ sets. And later I decided to include it on my L.E.F. album as well. Next month I will let you all pick another production / remix of me and I will upload the most requested one to Soundcloud as well then. Enjoy!

In this article:Ferry Corsten, Moonman

Ferry Corsten is one of the founding fathers of the current Trance scene. From his many aliases, to his over 500 episodes of Corsten's...

Ferry Corsten continues to fly the flag for the UNITY project with the latest offering ‘Rosetta’, this time joining up with Jordan Suckley, a...

Ferry Corsten Teams With Paul Oakenfold On ‘A Slice Of Heaven’

Ferry Corsten has long been aware of the power of music and its ability to bring people closer together, and with the launch of...