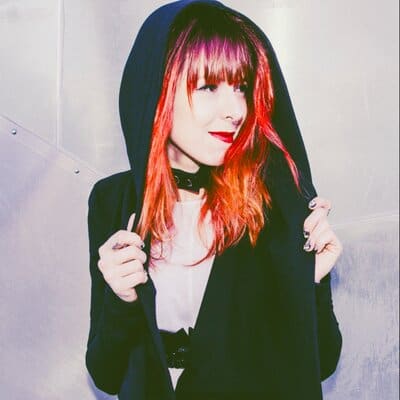 In a time where EDM is constantly evolving, perhaps the most exciting creative advancement is the lack of conformity. Just as fans latch onto an artist whose able to tailor their sound to different styles and genres without regard for a hashtag, a true DJ feels the crowd like an professional baseball pitcher finds his catcher's glove against the opposing batter. In 2014, a lot of DJ's look like Randy Johnson and throw the same fastball on command. But there's no umpire to regulate.

Enter Reid Speed. Drum and Bass one of her early passions, she immediately played an influential role in the scene, signed to the label Breakbeat Science. But Drum and Bass was an avenue for many artists and never a destination. She became one of the first DJ's to establish Two Step and Speed Garage, which paved the way for dub step and fidget house to emerge along with all that came with it. All the while she spun vinyl and became one of the best, still pushing Bass Music to the unprecedented landscape, therefore her Facebook About Me page: “Bass Monster.”

Her labels (with partner Alex Rosson and label manager Aaron Kessler), Play Me and Play Me Too Records are responsible for hundreds of major releases in Dubstep, Drumstep, Drum & Bass, Glitch Hop, Electro House, Moombahton, and Trap. Beatport named Play Me the “Best Dubstep Label of 2010,” giving artists like Dillon Francis, Bare, and Singularity a place to grow. Today, Play Me Too boasts an impressive roster as well with Mantis, Nostalgia, JumoDaddy, and Eliminate to name a few.

Her successes are felt in her artists' successes. She wants other artists to have the same opportunities she had at places like Ultra, mixing for BBC Radio 1, chopping it up, and being able to produce for a living. Her name in Twitter land is “NO SPEED LIMIT” and it's appropriate because she's one of the pioneers of the grassroots electronic revolution that embraces being outside the box. Play Me's most recent freebie release “Dreaming” by Venemy and Said the Sky takes on even the chillest, melodic dubstep. Her roster has it all.

After a recent mini tour in Australia and New Zealand, we caught up with Reid Speed in L.A. to get to the bottom of it.

As far as New York versus Los Angeles, what have you liked and disliked about both?

Well I've been here for a long time but New York is a place where if you're not from there, it's a place you want to move to when you're young and really hungry. If you need a certain place to push you, that's a good place to be.

Almost 13 years ago, but I grew up there. It pushed me and drove me crazy. The last place I lived in was by the train and they decided to renovate the train with a jack hammer every morning at 7 o'clock. I think I lost my shit and just left. I really like it here, though. There are a lot of artists (in Los Angeles) and people are really driven here in the music scene, so it's not a slacker kind of place.

Did your music tastes change when you moved here?

No, I've always loved all kinds of different music. A long time ago, it wasn't cool or hip to play multi-genre sets. It was actually looked down upon. I made a little headway with Two Step and Speed Garage for a little while but I would only play that type of music at those type of events. I was a resident at a rave crew but they wouldn't let me play anything other than drum and bass and everyone who liked drum and bass were against anything else. I never really understood why everyone were such purists. Moving here (to Los Angeles), people weren't as snobby about it in a way. Now everyone just plays everything.

I'm really curious what you think about trap right now. I feel like there are some cool things happening in trap, but your artists have their own kind of sound. Where do you think it's going?

I noticed you have a lot of mixtapes on Soundcloud.

Before I'm a producer, I'm a DJ. That's what I'm known for. The whole art of DJ'ing is a very niche market thing. I was lucky to get my foot in the door at a time when the way to “make it” in dance music was to get signed to a label for a mix CD deal. That was cool, I did that, I did that whole thing, that's how I did my first tours and played at all the big festivals, really got established. Because that's what I feel like I excel at, I've just always done that. I've put out tons of mixes because that's what I'm good at and that's what I love doing. I love putting other people's music together in what I consider to be new and different ways. I don't know how many times people have been like, ‘I think trap is whack but your trap mixes are different and so much better.' I'm happy that people have that response. I think it has a lot to do with being a DJ, instead of just a producer that learns how to DJ after the fact and just pushes the sync button or uses a controller or something.

I think sometimes a lot of mixes are hit or miss, but you have a lot of great talent that you put into one showcase. I don't think people embrace that as much. Soundcloud is in a weird place.

Yeah. I've had mixes taken down for copyright infringements and stuff and then years later they release them and tell me that it's just a mix, you're not selling it, you can have it back. If it's a long time before I release another song, at least there's new stuff for me out there and keeping it current, showcase our Play Me artists, or even showcase new artists that I find on the internet even if I'm not going to sign their tracks. It gives them exposure in some small way.

Who are you excited about right now?

Play Me is expanding always and forever trying out new sounds and new ideas. One of the people I'm most excited about is Eliminate, he does trap and twerk stuff but also heavy dubstep. We've got a single with him and Armanni Reign, we're just getting remixes for and we're having a video made. Nostalgia has an EP coming out next week (OUT NOW). Big, big tunes! Also, JumoDaddy has part 2 of his “Four Horses EP” coming out soon, and Proper Villains is returning with an unexpectedly-styled single soon.

How many artists do you have?

We've released probably over 250 artists with all the New Blood compilations and everything. I haven't counted in a long time. A lot. We find a lot of people from submissions. It's hard, we get so many submissions. Our email is always full. People send minimal techno, which isn't really for us. I wish I could put out a public service announcement to producers, please target your inquiries. When you're sending your demos, don't waste your time and everyone else's time by sending it to some label that doesn't even do the type of music that you do.

When did you start Play Me Too?

Play Me Too started in 2010. Our first release was Bro Safari, i'm pretty sure that was his first release under that name. Also, the first moombahton track that was ever commercially released was on Play Me which was Dillon Francis' remix of Vaski's “Spaceman.” Fun facts some people never knew.

Is it difficult to balance everything?

Yeah, but if you want to do something fun for a living, you have to work really hard at it. One in a million gets to be plucked from nowhere. For whatever its worth, he gets to be famous. For the other 99% of us, it's just hard work. Its hard to run 2 labels, DJ at least once a week, do all the work thats associated with DJ'ing like listening to all the new tracks, prepping music for sets,  then going through submissions, listening to all the stuff we have on the label, trying to do new compilations, trying to get videos made, and then trying to produce my own music on top of that. But at the end of the day you're like, I love what I do. I'm really grateful for whatever I get to do. I'm proud of what we've done with Play Me in the sense that all I've ever wanted to do was make a place for people to have a chance to not have to work at some shitty Job, and instead, be able to do their art for a living. I feel like, with Play Me, that's really the core of what we really do. We found our niche with discovering new artists and giving them the first platform from which to be noticed. I'm happy when they get signed to bigger and better labels, that means I've done my job right.

In this article:Play Me Records, Play Me Too Records, Reid Speed