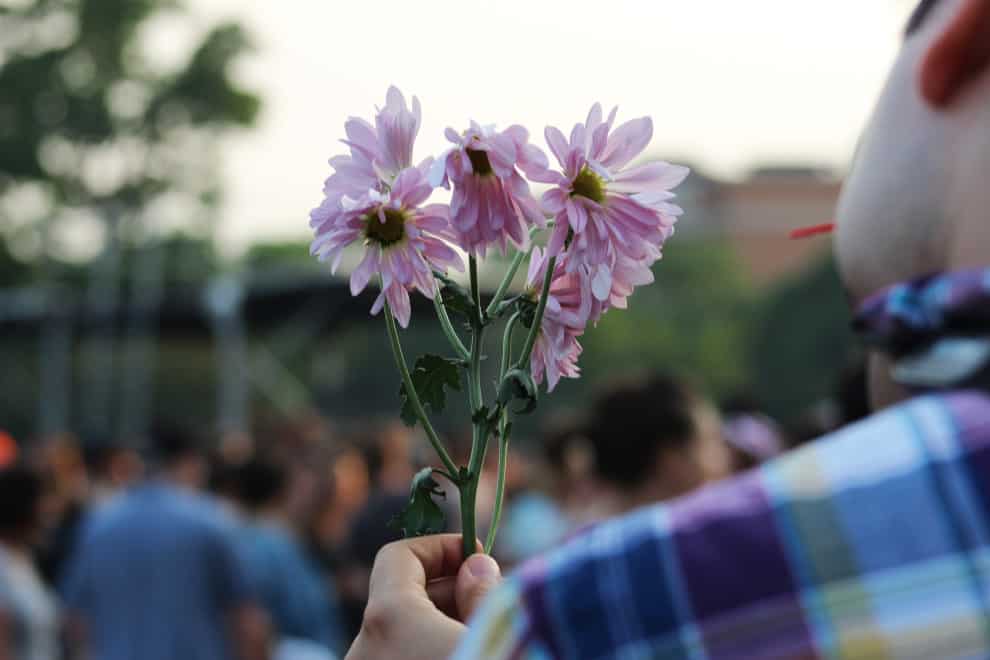 Pitchfork has it all figured out. Mostly. The size, the location, the artists, the partners and even the ever-present vegan ice cream sets a standard for a great music festival each year. The roster of artists is always diverse (at least in the hip Pitchfork universe) – for example, the lineup this year included a minimalist techno producer (the Field), a tribal pop songstress (Tune-Yards), an art-pop guitar shredder (St. Vincent), a Chicago footwork innovator (DJ Spinn), a Hip-Hop superstar (Kendrick Lamar), a handful of garage rockers and even some ghosts (Death Grips, who broke up before they could play the festival. RIP).

Watching Pitchfork and other music festivals expand has been fascinating to  the last decade. Its exciting to see bigger artists join the roster or find out where a new stage might go but growing pains are always evident at each festival. Sure, there’s always a little commercial clutter as a festival grows so it can accommodate more fans, but at Pitchfork, nothing was worth sighing over. Brand ambassadors are kept to a small area, but I wouldn't advise anyone to avoid that section. I got my photo taken with Twinkie the Kid while waiting in line for a free shirt from a hip, international Clothing chain. When you’re giving fans a musical experience for three days, balance is the name of the game.

The lineup always manages to maintain a sense of perspective and feels well curated; between older artists and up and comers, you can see the span and evolution of a big chunk of our pop culture in just a few days. Giorgio Moroder comes to mind immediately as this year’s Pfork oldest and maybe, biggest influencer from this year. Seeing Moroder, who is in his 70s, behind a Macbook and a mix board playing disco and house tunes was absolutely delightful. If you aren’t familiar with Moroder, he is the godfather of synthesizer based dance music, which today we might call EDM. His production work in the 70s helped form disco through songs from artists including Donna Summers, David Bowie and Blondie. While he didn’t have a crew to hype him or throw cakes at the audience, Moroder had a sort of elderly charm; he’d sway his arms to the music, sometimes falling a little behind the pace of the track. At one point, while mixing between two songs, he pursed his lips together and lifted his finger to mime shush the audience, as if to say, “Don’t worry, when I fade out of this track, I will bring in another. We don’t have to stop dancing yet.”

Beyond Moroder’s set, Pitchfork continued its tend in adding more electronic artists to its lineup touching many different genres. Jon Hopkins’ Saturday set was comprised of his industrial yet somehow incredibly catchy tracks like “Breathe this Air,” which hypnotized the audience with its repetitive bass and quick rhythmic flourishes.

Hudson Mohawke performed at last year’s festival as TNGHT with Lunice; I doubted how much interest the crowd would have in seeing just one half of their favorite futuristic trap duo this year. The mosh pit that ate up half of the crowd and lasted for the entirety of his set proved his staying power though. He played a few tracks from TNGHT, songs from his own back catalogue and even his latest minimal sounding trap track, Chimes.

DJ Spinn had the one of the most amazing sets of the weekend, though it wasn’t just Spinn; The Chicago-based DJ was joined on stage by other DJs from Teklife (I think I saw DJ Earl and DJ Taye behind the decks), the Era dance crew and a huge amount of energy from the crowd. Check out this video, taken on stage, for a glimpse of the action. What made Spinn’s set so incredible was in how he brought something that felt whole and genuine to a huge crowd – more than a musical show, it was like quickly experiencing a piece of a community of artists and performers.

Outside of the festival grounds, Chicago tastemakers 1833 put on an afterparty with Chrome Sparks. The show took place in an unassuming Lakeview 4 story – I walked by the building twice while looking for signs of a party trailing out of an entryway. On my way up the stairs to the top floor, I accidentally entered a space on the wrong floor – I was warmly and confusingly greeted by a room full of people who were chatting around plates full of barbeque on a long wooden table.  I smiled without breaking stride and made a U-turn back into the stairway, then into a warmly lit loft space. The tight size of the room meant only a small number of people could attend, which was a shame – it would have been wonderful to know more people could have experienced such a great set in a unique and intimate space. Chrome Sparks’ Jeremy Malvin played a soulful, rhythmically dense and fun live show, accompanied by a drummer and a percussionist/keyboard player/button pusher. Together, they transformed layers of samples, keys and beats into a tight live show.

Shots from the crowd

Thanks Pitchfork – see you next year!

All photos by Megan King.