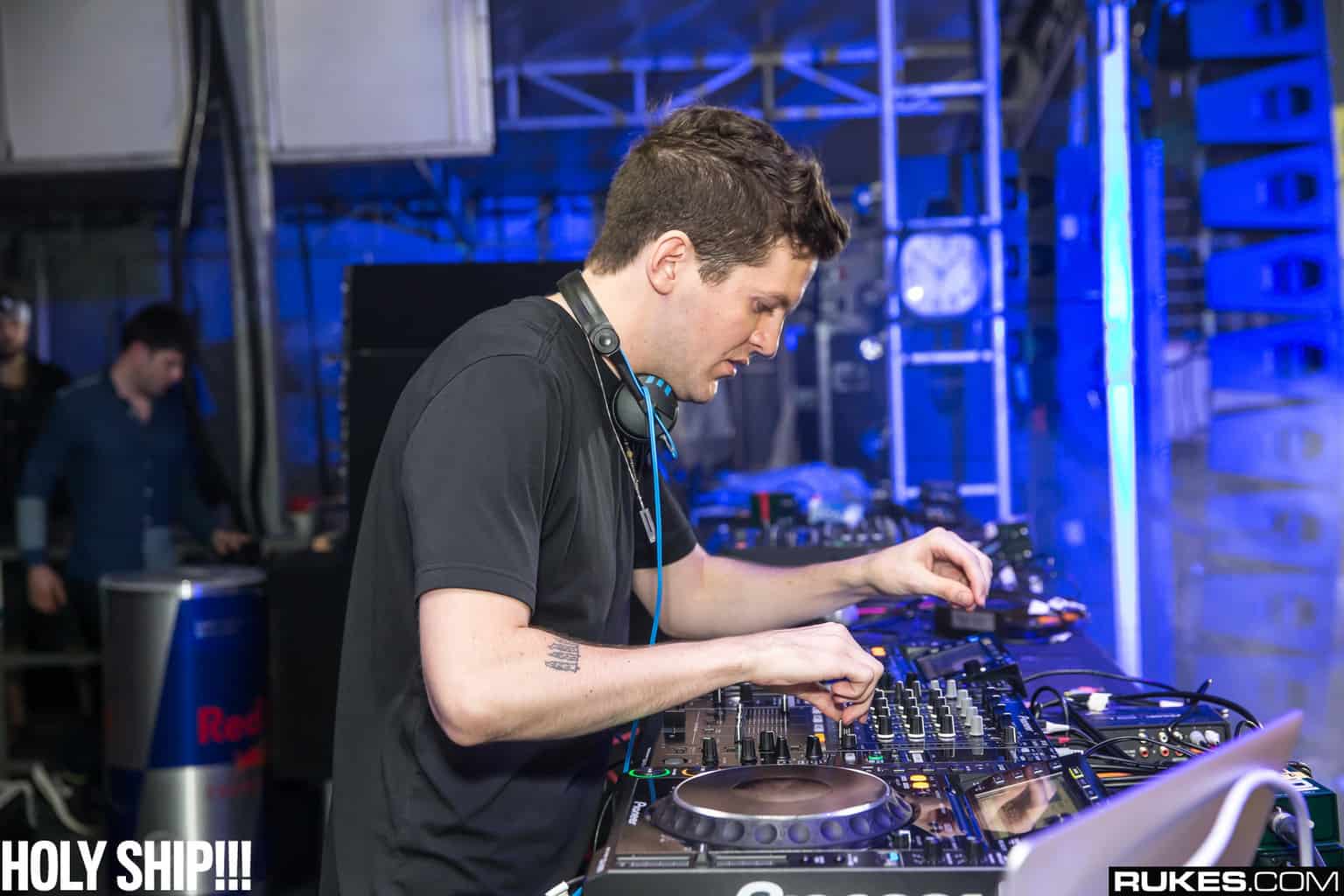 For quite some time, Dillon Francis has been taking the electronic music industry by storm. With name drops from the Ellen Show, outstanding releases, pioneering Moombahton / Moombahcore, and being an entertaining internet personality, it seems that things are far from slowing down with him. Fortunately, we were able to catch up with Dillon and talk about his early career, influences, where he plans to go next, and more.

“I have always dabbled in everything and the first thing I played was the saxophone… I was never good.”

Throughout his lifetime, Dillon picked up an array of instruments. Beginning with the saxophone, he soon moved on to the bass, guitar, and eventually even on to the ever-loved triangle. However, it was not until age 22 that he began to experiment with Dance Music.

“I started with FL (Fruity Loops) Studio like everyone else,” he explained. Dillon went on to say that he used “Sony Acid Pro for 5 seconds” as well. Nowadays, he primarily uses Ableton as his Digital Audio Workstation of choice. Looking back on his influences, he noted that Crookers and Brakebot were two important influences for his production.

“He said fuckin’ do it but figure it out yourself.”

As Dillon’s career in music progressed, he began to play smaller venues like other emerging artist. He put out an EP with Mad Decent in 2011 and that is when he got the boost that he needed. A few months after the release of the Westside EP, Dillon was playing large scale events and figured it was time to take a trip to Europe. Well, he spoke of the possibility with Diplo, whose response was short and to the point. “Fuckin’ do it but figure it out yourself”. Dillon explained that this was a very beneficial move. He did end up making it to Europe for a three day tour several years ago. He explained the trip shortly, “we bought tickets, crowd surfed, met people, and networked,” which seems like a very successful trip.

At this point Dillon said something very interesting in response to a question I ask a lot of well-known artists, “When did you realize that you were really making a name for yourself?” He did not even take a second to think about it. A simple and humble response came forth, “I never thought about it, still I don’t.” As far as he is concerned, his success is an irrelevant factor of doing what he loves, what makes him happy; bringing music and entertainment to the masses. After obtaining that little personal moment and shedding a single tear, we got back into it.

“Definitely Wave Racer, Australia always has awesome music coming out of it.”

So, just to add a quick little personal opinion here, if you have yet to listen to Wave Racer, you need to. I was dumbfounded that Dillon Francis even mentioned his name and held him in such high regard. This Aussie is good, trust us. Click HERE to open his SoundCloud in a new tab.

Well, based on the little tangent above, you can assume we were talking about his favorite up-and-coming artists. Besides Wave Racer, Dillon has quite the passion for Audien. However, he did mention that it is questionable to describe him as up-and-coming. Regardless, he describes his sound as, “Awesome. It is different sounding but his melody stuff is really good and you can play it anywhere!” He also mentions What So Not, as well as Must Die as two other of his favorites.

I then asked Dillon Francis who he believes is the most influential person in music today. I will begin by saying this… If you know ANYTHING about Dillon Francis, then you will expect this response. Though, he does make a good point. “It has always been Diplo.”

“Right now it’s kind of like a buzz word”

The term DJ has been evolving over the course of the last 20 years. Dillon explains, “It used to be a DJ would just party rock and people didn't care who was playing music.” He then continued, “Now people care who is playing music and that it’s actually good.” It is very true that the role of a DJ has evolved from its original form. Today, more and more producers are transitioning into also DJing. Dillon also went on to say that “DJs are the rock stars a little bit.”

What can we expect from Dillon Francis in the near future?

For all of you fans out there, here is your in depth look at what we can expect! This fall, Dillon will be putting out a new album full of “happy and fun driving music”. However, this isn't the only thing to come. He continued, “Diplo and I are going to do some free summer time things,” and here is a real kicker, “Skrillex, [Diplo, and I] are going to be working on some stuff.” He said that they will be working on different interpretations of older style dance music similar to Minimal.

Finally, we had to ask a simple question. What is with him and his unconditional love for Diplo?

“It’s just being on Mad Decent and we are one in the same,” he begins. “We [both] like to make new and exciting music and like to listen to it.” This raised the question of how it all began. Well, it is a short and funny story. Dillon Francis reached out to Diplo and sent him one of his songs to listen to. “We hung out the same day, drank beer, watched the Phillies’ game, and made music.” So for all of you wondering out there, that is how that beautiful bromance started.