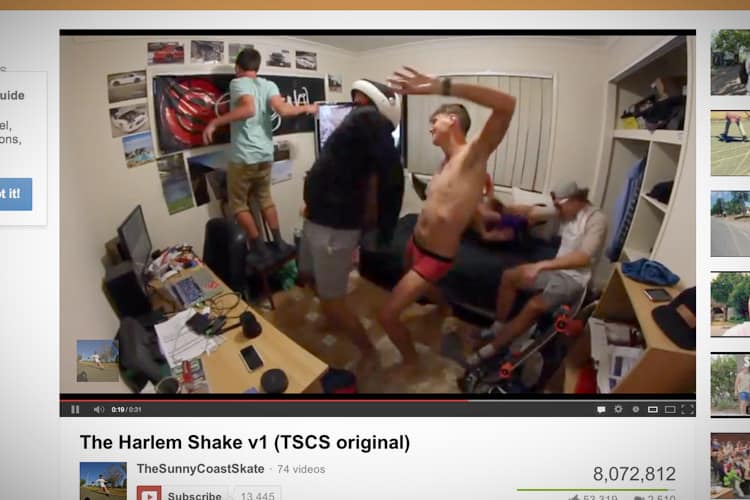 “Harlem Shake” is a song that was produced by the American DJ and producer known as Baauer. The song was released as Baauer's debut single back on May 22, 2012 by Mad Decent and sampled parts of Plastic Little's “Miller Time.”

While the song did okay initially, it wasn't until February of 2013 that the song become an internet sensation.

On January 30th, 2013, a Japanese-American college student named George Miller posted a 3.5 minute long compilation dancing to Baauer's “Harlem Shake.” Within hours of this being uploaded, someone decided to upload “The Pink Guy” which looped what is now known as the famous “Harlem Shake” dance moves.

Just days after George Miller posted the “Harlem Shake” compilation video, The YouTube user who went by the name ‘TheSunnyCoastSkate' uploaded a 30 second clip of five Australians performing the “harlem shake” with their friends. The video quickly became an internet meme and was parodied more than 3,000 times with other user-submitted videos.

You may be thinking that it is is too early to be bringing these videos back to life or not, but whether you like it or not, the “Harlem Shake” helped catapult EDM into the mainstream media and converted many people into EDM lovers.

Flume Posts A Photo In The Studio With Baauer and KUČKA

Baauer Has Announced His Return With ‘New Stuff Soon’