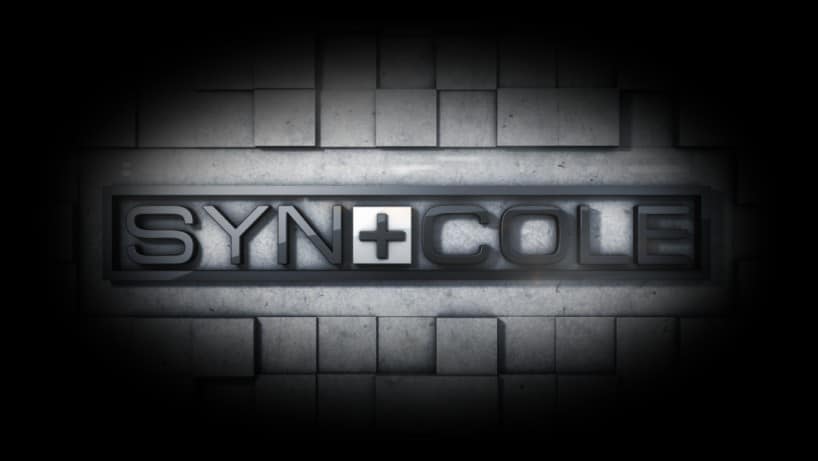 It turns out there is more to Estonia than Skype – producer Syn Cole is one of the hottest rising EDM stars, and calls Estonia home. You may be familiar with Miami 82, or the dirty drop he gave to Avicii's track “Hey Brother” (no? what are you, a caveman?). Below Syn Cole talks about how he got his start in music, gives thanks to those who have helped him along the way, and recommends DJ hardware.

Syn Cole (do we call him SynCole? Syn?) started his career earlier than most – he went to music school for piano as a young lad. “Music school gave me a great base for the future. I feel it's much easier to come up with new melodies, while playing around with different chords & riffs on the keyboard… rather than just drawing notes on the screen.”
These days Syn Cole spends most of his time on Synth keyboards, but can also play guitar and plans to put it into future productions. As for how he progressed from classical piano training to electronic music, Syn Cole credits his friends with showing him popular dance tracks on a cassette player. “Before then I was just listening to whatever was on the radio. After that I kinda got focused on electronic music though.”

If I remember correctly, those were was the early productions of Scooter, Mauro Picotto, Roger Sanchez and few others, which got me into listening dance music.
Scooter did really underground stuff back then, which I liked a lot. Melodic trancey, fast stuff, but also really rave feel.

This was in 1998 – back in the day, before iTunes and Spotify and the rest of it came along, when electronic was very niche worldwide. Trance was much more popular in Europe.
“I'm 26 now and I've been doing EDM for awhile. I produced progressive trance music on another alias for few years, before I started producing electrohouse.”

At edmsauce, we first heard of Syn Cole at about 7 in the morning – I was getting ready for work and had to stop what I was doing, grab the computer, and download it. That was Miami 82, one of Syn Cole's most famous tracks. Super chill, with just the right amount of pep and progression. “That was my first vocal single and actually the second original track of mine. I had this funky melody done before I made the actual track. I liked the 80ish touch on it. I really wanted to combine that with an electro/progressive drop.” The vocal version, for the record, is even better, and based on the overwhelmingly positive reception, the end result was fantastic. “I'd say Miami 82 is one of my favorite tracks I've ever made. I also really liked my Silhouettes remix.”

So who do we have to thank for Syn Cole's amazing music, besides his parents? He credits two important things – Avicii's manager Ash Pournouri. “Ash has given me so many great opportunities, he's really helped me a lot. For example, my remix of Avicii's Silhouettes was definitely an initial starter for popularity and getting my name known.”
Also he raves about the DAW software he uses called Cubase. “As for Cubase, I love how fast it is compared to some other DAWs… and it almost never crashes…almost. I also love my current monitor speakers, Dynaudio BM6a. They're definitely great bang for the buck.”

When asked what kind of music he draws inspiration from, Syn Cole demonstrates that being an EDM producer doesn't necessarily mean that you only listen to that genre. “Way different music than I produce myself, sometimes even classical music. I really enjoy listening to film scores for example. Music by Hans Zimmer, John Williams, and James Newton Howard… just amazing, in my opinion.”

Lately I'm listening to the Zedd Remix of “Empire of the Sun.” It's such an awesome remix.

Wrapping up the interview, I asked if there was anything special about how he produces, if there's a ‘secret sauce'. “Sometimes I just never get the track finished. It's not too rare if I have countless final versions of the same tune laying around. Then again sometimes  it's just one & initial version, which gets released. It really depends on a track… but I have funny habit to “Crtl + S” save project ridiculously often, while working on a track. Not that autosave isn't activated or that software would crash very often, it's just a
weird habit which I can't drop for some reason.” Sounds paranoid, a little, right?

“Also when I was a little kid, I was really interested in accordion (for some reason…). I played a little bit. Definitely prefer piano and synths nowdays.”

If anything, the success of Syn Cole proves that if you have talent, it doesn't matter where you're from, people take notice. Even if you're an accordion player. We wish Syn Cole every success with his next track. Stay connected with him via his facebook or soundcloud. We'll be seeing Syn Cole this weekend at FSTVL in the UK. Can't wait!

Advertisement. Scroll to continue reading.
In this article:Syn Cole