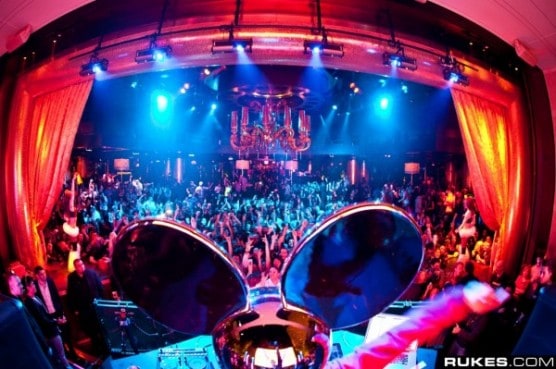 Days after Pete Tong debuted deadmau5's track “Avaritia,” deadmau5 in an unusual fashion has decided to release the 25 song tracklist from his forthcoming album ‘While (1<2)' which is set for a release off of Mau5trap.

Deadmau5 wrote:
“well, there you go. tracklist is out. It’s another culmination of another years worth of work. and i’ve always made a point to share most of my work in progress with my fans and supporters. It is a little disheartening to see negative feedback about the lack of “new” music to the die hard fan who has probably been heard everything on there… but thats just the nature of “oversharing”. I’m still proud to call this body of work a good representative album of my production capabilities, whether youve heard it or not.

the idea i like to keep in mind, is that it might be hard for you to see it, but i think the larger portion of the mau5 world hasnt heard any of this. at all. think about new fans? or people who’d like an introduction to whatever it is i do. its not “for” those people, its not “for” the die hard fans… its kinda for everyone.

id hate to just lock myself in the studio, with no streams, no fan interaction, no song previews, no free releases on live.deadmau5.com then just make an annual appearance once a year with an album full of new stuff… thats just not my style. Albums (for me) arent produced in a single sitting, overnight. They take time… and during that time, i like to keep people posted on my progress and how its moving along, whether its a stream, soundcloud preview, or live.deadmau5.com release…. and if thats something that “COMPLETELY RUINS AN ALBUM” for you… then… well, shit. i dont know what to tell you.

in the end, im proud of this album. And whether you’ve heard some, most or all over the course of the time it took me to do it, i hope you enjoy it as well. :)”