Skrillex Speaks Out About the 'Dance Music Bubble'
Advertisement 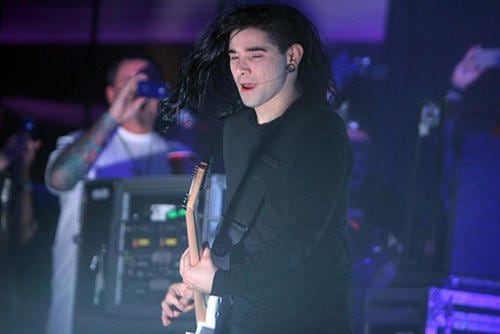 When Sonny Moore was younger man finding his way in the music industry, he sang lead vocals for the band ‘From First to Last'. After receiving surgery for his damaged vocal chords it seemed like his chances of becoming a famous musician were slowly slipping from his grasp. Since his singing career was fading away he took some time to sit down and begin producing an electronic music EP. After two long years of working on this EP he finally released it in 2010 for free. We all know this EP as ‘My Name is Skrillex'. Then he went on to create ‘Scary Monsters and Nice Sprites', an album that most EDM lovers have listened to on repeat and eventually in 2012 won him a few Grammys. These albums fall under the sub-genre called Dubstep, just in case you did not know that.

Dubstep is one of the many sub-genres that Make Up the EDM genre. The past few years have been turbulent ones for EDM with constant criticism arising from older generations, as well as young people who would prefer to listen to Rock, Reggae, Gospel, etc. This is a constant cycle that happens every time a new genre of music begins to take hold as a popular sound. People do not like this change because it challenges the status-quo of the current sound that reigns most popular. Criticisms about EDM are that it is too simple, that it promotes drug use, that the artists are not talented enough to make it as ‘real musicians', or that the music is just sounds that make no sense. I guess these critics have never watched Big Gigantic perform, and I also bet that they have never sat down in the studio while Destroid produces their music. Then these same critics have the nerve to right off EDM as just being a bubble that will burst, and people will begin to forget all about it.

Why did I give a whole back story about Skrillex earlier? Well I wanted to show that Sonny was and is more than just a DJ. But the critics love to tear him apart because he stands as one of the main faces of EDM. So what does Sonny do? I'll tell you what he did. He fired back at the critics and not with his roof collapsing music, even though he could probably wipe the critics off the face of the Earth with his sound.

After Sonny's mind shattering performance at Coachella; where he had A$AP Rocky come out to sing along with ‘Wild For the Night' and finished off the crowd by stepping down from his spaceship to shred on the guitar; Joe Muggs from the Guardian had the opportunity to sit down with Skrillex to talk about many things, including the so called ‘bubble' that critics are so found of. Skrillex states, “This dance music thing is not a bubble, because it's not about dubstep, or techno, or house, or any other sound: those things coexist and support each other. It's not like when grunge or nu-metal or whatever became the new trend and everyone was chasing one sound and that scene turned in on itself and lost what it had to begin with. There's room for everything.”

Though EDM enthusiasts like to bicker between each other about what their favorite sub-genres are, one thing holds these people together. Not to sound cheesy, but that one thing is love. Whether it is the love for the music, love for one another, or the love of being blinded by strobe lights, EDM lovers stick together. They always have and always will.