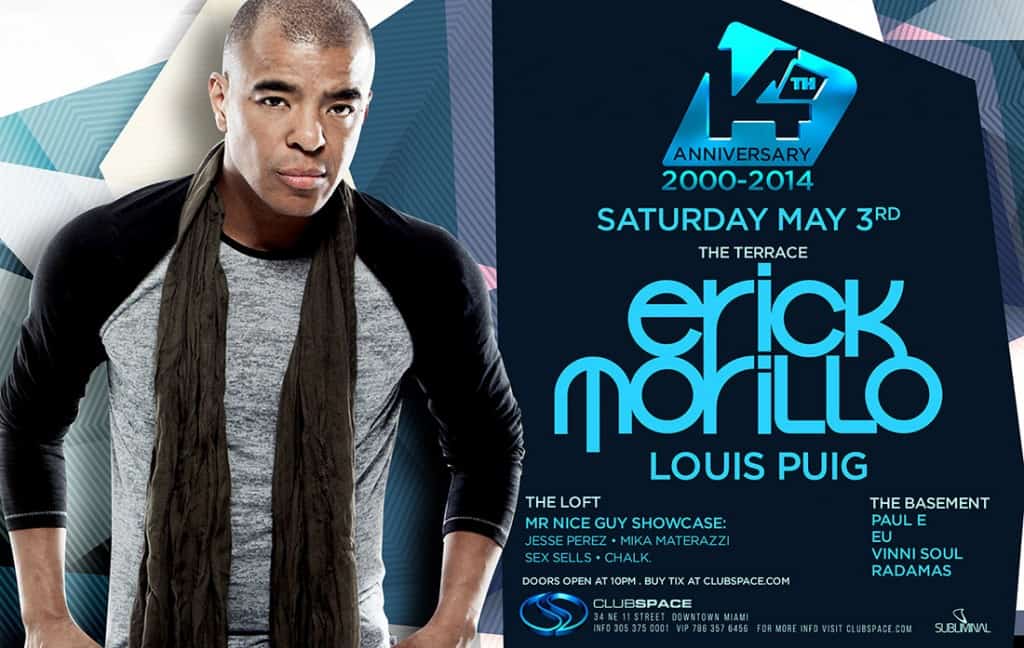 Colombian DJ/Producer Erick Morillo had a rough 2013 – erratic behavior, heavy partying, and making the decision to go sober. Good thing he did, because the guy who brought us “I Like to Move It” is back, and he's playing his first set in months at Space, celebrating the iconic club's 14 year anniversary next Saturday, May 3rd. Erick Morillo is no stranger to Space, having played on the terrace and into the wee after-hours of the night and early morning many times before. This time will be different though, since the DJ has made a turn, for the best. It's an all around celebration. Oh, and it doesn't hurt that Cinco De Mayo is two days later. Triple whammy.