Under The Electric Sky Rumored For April 25th Release
Advertisement 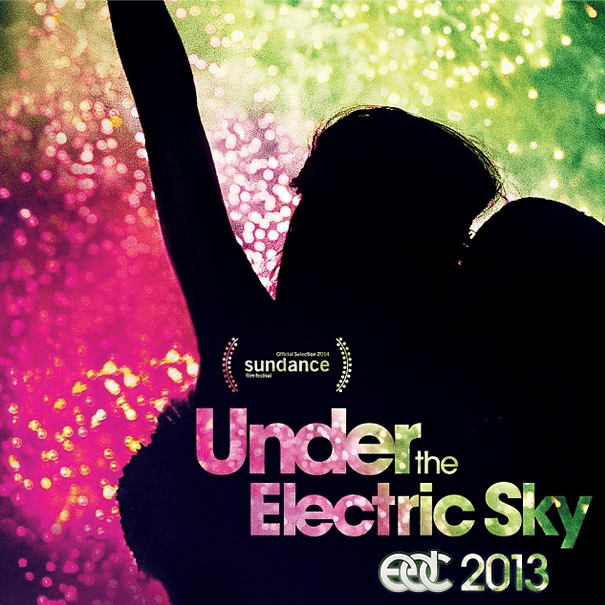 Dating all the way back to 1997 Electric Daisy Carnival has been North America’s most anticipated music festival. Now it is 2014 and Electric Daisy Carnival has grown into a global phenomenon. At this year’s Sundance Film Festival in Park City, Utah Under The Electric Sky premiered. This new Documentary shows the love and appreciation by EDM fans from all over the world through their eyes. These EDC attendees share with you about their adventures, their love for the music, the costumes, the rowdy guys, light shows, the rides, the massive crowd. Capturing EDC in a documentary format “felt like a natural step” after nurturing the event into a destination festival that attracts people in the hundreds of thousands to Las Vegas every year said Pasquale Rotella. The CEO of Insomniac Events, which has been producing Electric Daisy Carnival.  “I couldn’t be more excited,” said Rotella, CEO of Insomniac Events, which has been producing Electric Daisy Carnival events since 1997. “I’ve never been to Sundance, and I don’t know if people were just blowing smoke, but they were saying they’d never seen a crowd reaction like we received at the screenings. People were really excited about seeing the movie. It was a good time, and I couldn’t have asked for anything more.”

“Man, they really got it,” added producer/DJ Kaskade, who created the original score for Under the Electric Sky and was present for the Sundance screenings. “I think there’s so many fans of the festival that they were excited to see what was gonna be on the screen. Even before the movie started, people were screaming, freaking out. When the lights dimmed, it was like a concert. It was amazing to watch a group of people see the movie for the first time – something that I’d worked so hard on and have them appreciate it.”  As for when fans can expect an opportunity to see Under the Electric Sky, Rotella insists that it will happen before crowds make their way to Vegas for this year’s main event in late June. “We haven’t closed a deal with anyone, because we’re still negotiating and understanding which each partner would bring to the equation, since they all offer different things,” Rotella explained when asked about the film’s distribution. “One of the things that we’ve told everyone we’re talking to is that we would like the movie to come out before EDC Las Vegas 2014. We should be talking about a different movie before EDC 2015. I’m confident that we’ll have the movie out in theaters sometime in March or April, at the latest by May.”

It has been rumored that Under the Electric Sky will set to release April 25, 2014.

While everyone knows who deadmau5 and Marshmello is, there's tons of lesser known side projects and alter aliases in the EDM community. While many...