'Louder' Was Well Worth the Wait [Interview with The Prophet]
Advertisement 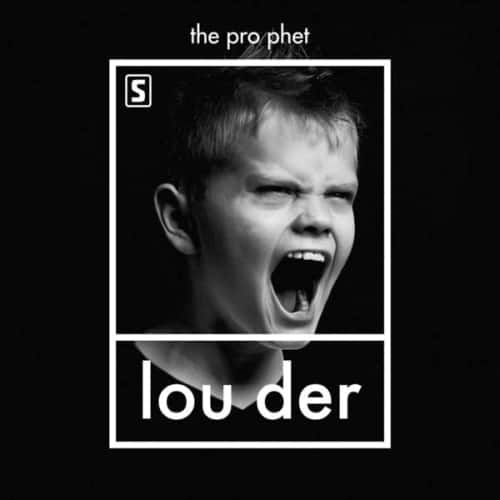 The Prophet is an undisputed legend of the hardcore and hardstyle genres. With 25 years of production and mixing experience the godfather of hard dance has defined his prolific career with 6 adjectives: limitless, overruling, unstoppable, distorted, epic, and raw. Together these make up the acronym LOUDER… the name of his debut album. It seems inexplicable why a DJ regarded as highly as The Prophet would wait decades to release his first album, turns out there was good reason.

Actually, it wasn't waiting, […] The time was never there and now it was and here I am! HA!

The album encompasses several elements of both hardcore and hardstlye. It can be looked at as a personal résumé of what The Prophet has accomplished throughout his musical existence. When discussing what memories influenced the album, The Prophet fondly recalls his start in the hardcore genre before hardstyle developed into its own independent (yet still heavily influenced by hardcore) sub genre.

To start with Hardcore, my Hardcore period of almost 10 years has been a huge inspiration. Hardstyle nowadays is completely influenced by Hardcore.
[…] in 1999 when the Hardstyle scene started, we only had the so called reverse bass. I am still in love with that sound, so yeah, check the tracks “Hoo-ey” and “Fakkin Hardstyle,” then you will get what I mean!

LOUDER is a large album, featuring 20 tracks. Several of which are collaborations with big name hard dance acts. When producing an album of this size it seems obvious that one should run into some difficulties whether in terms of the creative process or at least in technical production. This is where the experience of The Prophet shines. When asked about what difficulties he encountered, he cracked a smile and had to laugh.

Hahahha! I didn't! The complete track fell in place while creating it. Everything had to come at the right time in the right place.

That being said, this does not mean in anyway that The Prophet sped through production of LOUDER. Each track is a labor love that was meticulously crafted. The brilliant and unique sound design of each track is a clear display of this. The production value is exceedingly high as The Prophet pushed hard dance to its limits while still working with in the parameters of the genre. When working on the title track, The Prophet almost ran himself into the ground creating the intro, yet found the break down came naturally too him in an ironic twist of life as a producer.

The track LOUDER itself took me like 5 whole days from 10 hours. The “opera” part already took like 2.5 days! ^%$# And yeah, the rest of the track just came like that

LOUDER is a breakthrough album for many reasons. In a seemingly contradictory twist, The Prophet pushes the hard dance genres forward, by incorporating several elements of old-school hardcore into the album. By bringing back several neglected sounds and styles and blending them seamlessly with more popular sounds of today, The Prophet has made an album that is simply more original than anything hard dance has seen in decades.

In my humble opinion, I think that Hardstyle holds every aspect of what is considered “hard” that can be something like Rawstyle, Olds School, Rave, Hands Up, Gabber, whatever you like to call it. I really think that's a good thing, especially when you think of going worldwide with Hardstyle.

Lucky for the ever growing legions of fans, The Prophet is touring to promote LOUDER. He has several stops planned all around North America as well as performances at major festivals along the way. After reflecting on producing an entire album, The Prophet said while he enjoyed pouring his heart and experience into a work of art, deep down he still prefers live DJing to studio production.

DJing is my favorite! The audience brings me in a state which is indescribable. On stage you can also see if what you prepared in the studio will work on the dance floor. Priceless!

The first 25 years of his career were filled with time consuming restraints that forced The Prophet to postpone creating a studio album. At this point in time though, he was very clear that, that this is no longer the case. He now has much more time to dedicate to working in the studio and continuing to push the boundaries of hard dance.

Already busy with that every day! So you better be prepared for some new tunes!

All in all LOUDER is easily one of the best hard dance albums ever. The Prophet demonstrates his decades of expertise with total success. Take look at the official Music Video for the title track below as well as the track list for the EP. You can get your copy HERE, but stay tuned to our Facebook page for information on how you can win your very own copy!

In this article:LOUDER, The Prophet