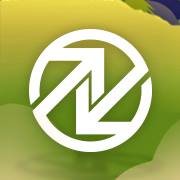 Counterpoint Music festival has only occurred once before but that hasn't stopped it from attaining a cult following among the first year's attendees. Combining this affection with the fact that Counterpoint will be hosting one of the first shows ever of Outkast and the recipe for musical insanity is complete. Not to mention the fact that Atlanta is the old stomping grounds of the hip hop duo, which means that this show is going to be nothing short of epic.  Yesterday, the kind folks at MCP Presents released the daily schedules with a couple weeks to spare until gates open the Thursday before the show. This allows for much planning and scheming to be completed as to the perfect personal schedules.

For me there are a few conflicts, the first being on Saturday between Lance Herbstrong and The Floozies. Herbstrong is fantastic to see live, particularly due to his Jimi Hendrix x Pretty Lights mashup. The second problem comes in the way of GRiZ and The Polish Ambassador playing nearly identical set times that also overlap with STS9, who is sure to deliver with their new bassist Alanna Rocklin. My last conflict is that Tycho and Flux Pavilion both close out the festival on Sunday. Having been a Fluxfan for a long time, it will be hard to convince myself not to see him close, but I have been wanting to see Tycho live for some time now, so I might just play the running game and try to hit both. Check out the schedules below and collaborate with your caravan! You can check out single day tickets and GA 3 day passes by clicking here.