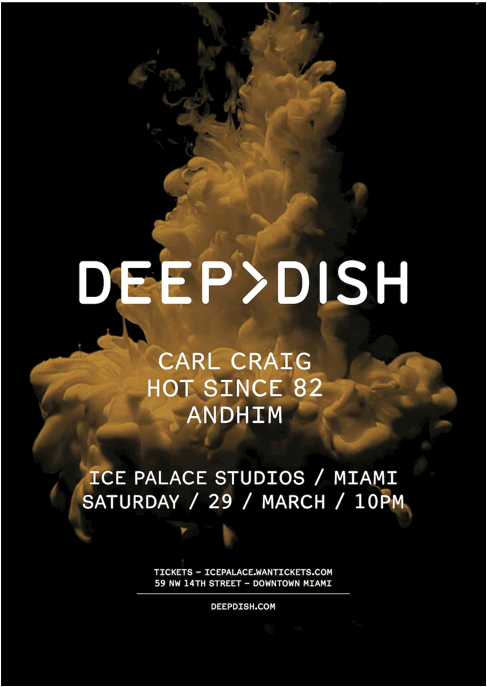 After an eight year hiatus and a mysterious countdown that ended with the announcement of a new track dubbed “Quincy” and signing on to Virgin Records, it's safe to make the claim that Deep Dish is officially back. Sharam and Dubfire have set the music world into a frenzy as we gear up for what we can only assume to be the first of many releases, or at least we're crossing our fingers.

And for those lucky enough to be visiting sunny Miami for WMC, you can witness history on March 29th, when the duo takes over Ice Palace Studios for their first show together in almost a decade. If you're a Miami local or heading down for the week, you should already have tickets, but in case you don't they've just announced a couple of more reasons to get them. Carl Craig, Hot Since 82’ and the self described “super house” duo Andhim will be joining Deep Dish for a night of deep, dark and sexy beats. Eight years is a long time, so don't wait another minute. Get tickets here.