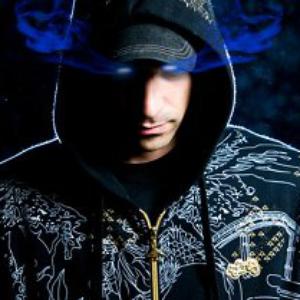 Where is dubstep going? Has everything already been produced? These are some of the questions that I got to ask dubstep legend, SkiSm, as we sat down at the Los Angeles stop for his ‘Rage By The Pound' tour to discuss the future of dubstep and more.

If you weren't already aware, SkiSm keeps himself quite busy being the co-owner of Never Say Die and No Tomorrow Records, as well as touring and performing his own shows around the world. His unique take on mixing is what he is most well-known for, using 4 CDJ's simultaneously when performing.

“As the label head, I get all the new tunes from the guys and it's primarily my Job to play them and see how they work. I feedback and we get the tunes right.”

Although a talented producer, mixing has always been a bigger passion for SkiSm then producing.

“I've always said I'm a DJ/producer, not a producer/DJ. I understand you have to make tunes but I feel like I have found my place in the scene more with the label, having the new songs and mixing the way I do. I express myself musically through them in a way and in the way I play their music. ”

‘Experts' was the last major track we have gotten to hear produced by SkiSm and I asked if he had anything else in the works for his fans.

“I'm not really producing at the moment. Running two labels, managing 8 artists and DJ'ing every weekend takes up 90 percent of my time. Usually when I make tunes it's when I have something to say and at the moment what I have to say is really boring work stuff. The artists need to be set on their paths fully before I can send my babies out into the world.”

Two of the Never Say Die label's freshest artists according to SkiSm are Must Die! and Laxx. Laxx comes from Oxford, United Kingdom and is bringing his own version of trap to the table.

“It's like U.K. trap. He comes from dubstep originally and you can hear that in his production.”

“For the sort of sound I push and play there isn't much of a scene left in the U.K… Most of our fan base is located in the United States. The vibes are completely different as well.. If you tried to swap candy with someone in a UK drum&bass joint place you'd probably get stabbed. ”

After this humorous response came the question I had been dying to ask the entire time we had been sitting which was, “What is the future of dubstep?”

“You listen to the Top 20 Electro House chart on Beatport and no disrespect to any of that stuff because it's produced immaculately, but it sounds very similar. Look at Big Room and ‘Animals'; that drop started the outline for all the next big room tunes. That sort of thing has died in dubstep where everyone knows what to do. Everyone is soul searching and trying to figure out something different but maybe what we need to be doing is what we were doing before. I'm not saying make the same tune again and again but remember where you came from. Sometimes to move forward you need to take a step back.”

I ended our talk with the question every EDM fan wonders at some point which is, “Has everything been done?”

“I think it has to an extent but then someone comes along and does something again and you think ‘Why didn't I think of that?' I think a big thing is going to happen this year when Skrillex releases his album. It's probably not gonna be all 140 BPM ‘Scary Monsters and Nice Sprites' but I think he is going to do it again.. We look to people like that. We need people to inspire. Every genre needs the next ‘Scary Monsters'.”