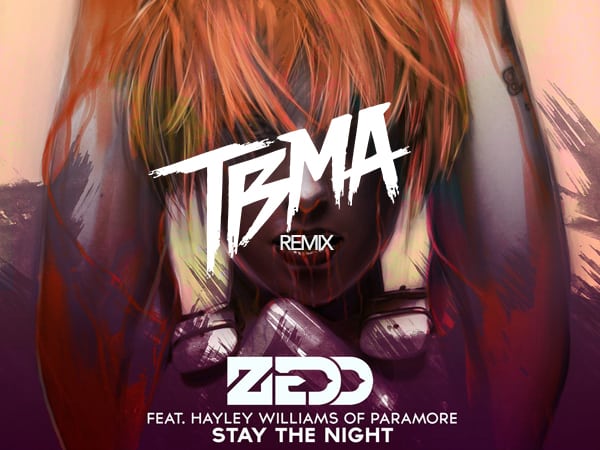 Not all that long after Zedd’s eventual Grammy winning single came out were there an endless slew of producers looking to remix the track. Few actually took the time to perfect a rework of “Stay The Night”, but now we finally get to hear the remix that our favorite dubstep trio, TBMA, have created. It couldn’t have come at a more timely moment as the boys gear up to play down at SXSW at the Play Me Records party, the Warpath Group party, and other gigs down in Austin. You would have to be crazy to think that this song won’t get played out down in Texas! Be sure to get your free copy today.

In 2011, The Bolivian Marching Affair (TBMA) stormed onto the electronic music scene with reckless abandon and disregard for any predetermination of genre. Emerging from Boston’s competitive music scene, seasoned musicians Joey Fisher, Kyle Meagher, and Chris Curran brought a unique mix of talents into the studio to forge a signature sound. It didn’t take very long until some of dance music’s biggest hitters as TBMA found their tracks in the record crates of world famous artists like Skrillex, Kill The Noise, Feed Me, Modestep, Reid Speed, Dieselboy and many more.

2014 is shaping up to be the year in which the trio will march (to the beat of their own drum of course) themselves to a whole new level with colossal originals, remixes, and collaborations to come.

In this article:stay the night, TBMA, Zedd