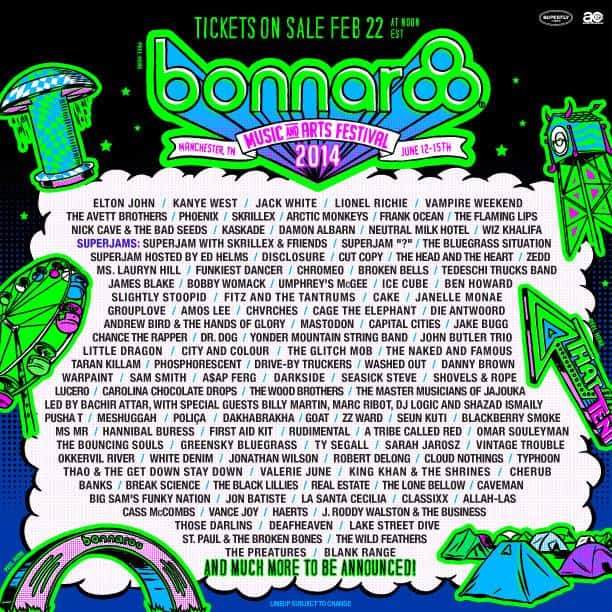 Bonnaroo Music and Arts Festival will be making its way back to Manchester, Tennessee this summer with a sensational lineup. The three day festival will take place on June 12th to June 15th, while tickets will go on sale on February 22nd at 12pm EST.

. @Bonnaroo you have outdone yourself this year. Great job on the lineup pic.twitter.com/t7MDpOvJzo