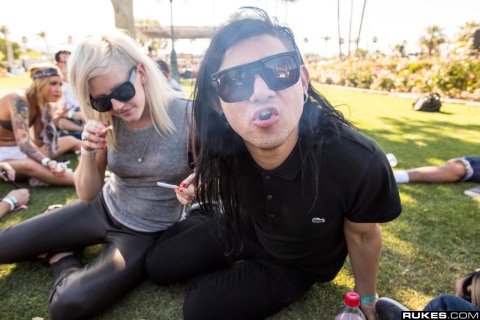 A little over a year ago this song appeared on the internet while Ms. Goulding and Skrillex (Sonny Moore) were dating and was originally titled ‘Lovers‘. Skrillex played this song live but sadly the musical pair broke up a week later and it hasn't been heard since. However, Ellie played this in her “Goodnight Valentine Mix” for Annie Mac recently and it has been retitled ‘Because‘. A great super chill song that makes us sad that the two didn't stay together but blessings go to the both of them.