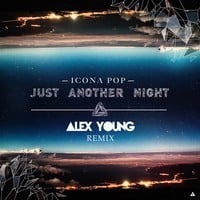 Alex Young of Washington, DC started turning heads a year ago with his original production but now he's just as well known for his remixes like this latest edit of “Just Another Night” by Icona Pop. Set to release his debut EP this year, this is Alex Young's first for purchase only track (all previous releases were free downloads). Official statement from recent release in January:

My official remix for Icona Pop's next worldwide single, “Just Another Night”.

as you may know, I am a big fan of releasing free music… and up until this point, everything I have ever put out has been for free. This is my first release going up on itunes (1/27) and beatport (1/28) so if you like the song, please buy it! it would be greatly appreciated 🙂

This new tune incorporates his house melodies with trap and gives the up and coming artist a unique sound. He often tags his sounds as “Hood Euphoric.” Certainly a name to watch. Listen here:

In this article:Alex Young, icona pop

About a week ago, popular record label, Ultra Music, released it's Ultra 2020 compilation. If you are looking to switch up your music playlist,...