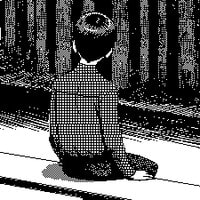 Giraffage AKA San Francisco-based Charlie Yin has been making a name for himself lately with plenty of production and recent performances on the West Coast in January. Here's an unreleased track from a mix he did for Triple J's radio mix two months ago that is starting to get some attention. It's a remix of “Dreams” by the Irish rock band The Cranberries. It's a great melodic track that has a smooth, relaxing vibe. The edit gives the song a happy, carefree vibe that feels innocent and soothing. Take a listen below or listen to the mix where Giraffage released it below from Soundcloud. The mix is available for a free download. This song starts at 14:55. Track list is included as well.

Random acts of kindness always make the best kinds of stories. Just last month, Kayzo offered to pay for one of his fan's rent...

The impressive new cellphone manufacturer, Nextbit, has recently released the Nextbit Robin. The Robin, a colorful, feel-good-in-the-hand, sleek phone is one of the hottest...

It’s that special weekend in August, and thousands of music-lovers made their way to the enchanted Golden Gate Park in San Francisco, CA for...