ETC! ETC! Trap Remix of Sun & Moon by Above & Beyond
Advertisement 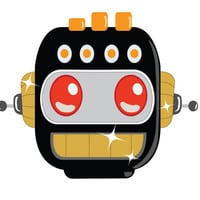 ETC!ETC! is starting 2014 with some nice production. After releasing a trap mix of Decisions by Borgore last week, he's released a mix of Sun & Moon by Above and Beyond just five days ago. This one is not a free download but it's a bold take on a song that hasn't been trapped with relative success before. He even tags “not sorry” as the headline on Soundcloud. ETC!ETC! is based out of Los Angeles and is scheduled to hit the road soon after just playing at Avalon in Hollywood on the 10th. His next two shows will be in Seattle (January 31st) and Milwaukee (February 8th) before touring London with Borgore (February 27th) and Ookay (February 24th).