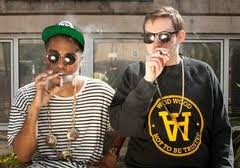 TNGHT was an internationally famed collaboration between Glasgow native Hudson Mohawke and Montreal based Lunice. Unfortunately Hudson Mohawke and Lunice have decided to announce that the super group will be breaking up to pursue their own solo careers.

The duo's Facebook page has changed with their moon logo clouded over by saying “Until Next Time” as well as their label tweeting that “Do Not Grieve…” FACT has reached out to their label, Lucky Me, who confirmed that the duo would be splitting up for the time being and that the “project is being wrapped up for the time being so that both members can focus on their solo albums.”