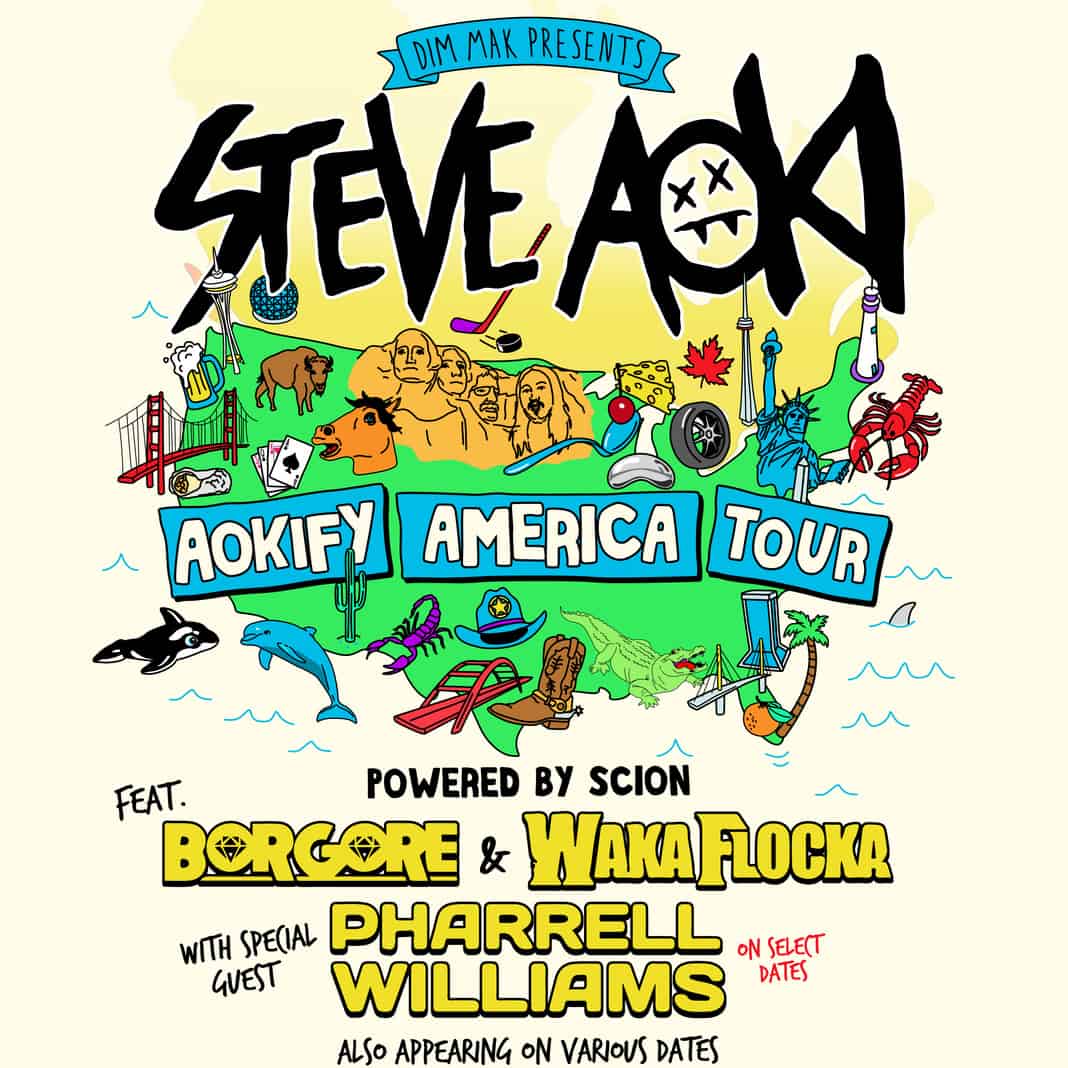 San Francisco is overflowing with music lovers of all types, and prides itself on being ahead of the time, always listening to what’s up and coming before it hits big. With hundreds of shows every week, SFers have their choice of almost any genre, band, venue, on any given night.

But every once in awhile, a show is posted that drives San Francisco into a frenzy. And last weekend, on Saturday November 16th, it was Steve Aoki, accompanied by esteemed colleagues Keys ‘N Krates, Waka Flocka Flame, and Borgore. Sold out weeks before the show, desperate fans were willing to pay 3x face value for hard-to-get tickets on third party sites. And when the night finally arrived, hoards of neon-clad beat lovers filled the streets surrounding Bill Graham Civic Auditorium, glow sticks in hand, ready to rage.

As Borgore exited the stage, 10 foot tall letters in the shape of “A” – “O” – “K” – “I” lined from top to bottom in LEDs were slowly lowered from the ceiling. Excitement radiated from the crowd, “Aoki” chants began, and girls were put on shoulders in anticipation of cake to the face. Anyone who has seen Steve Aoki perform before, can testify that the wild Electro House producer knows how to put on a party, and that he did.

From fan favorites ‘No Beef’ and ‘Turbulence,’ to new bangers such as ‘Bring You Life’ and other unreleased tracks, Aoki had the venue in the palm of his hand and kept the crowd jumping the entire 1 hour, 45 minute set. And, of course, there was more than just music happening on the stage. Throughout the night, there was so much icing and champagne flying, I lost count at exactly how many bottles were popped and the number of cakes that were expertly launched into the faces of pleading fans. About halfway through the show – history repeats itself, right? – a pair of yellow inflatable rafts appeared from backstage. The Grammy-nominated DJ pulled a few excited fans from the first row, and threw them into the rafts as they began to crowd surf to the high-energy tune ‘Phat Brahms.’

The highlight of the night, however, was Aoki’s special guests that joined him on stage. Israeli dubstep artist Borgore partnered with Aoki in the booth as they spun a new mix together and riled the crowd to another level. And just when I thought the show was coming to a close, the one and only Hands in Da Paint, Waka Flocka Flame took the stage , grabbed a crown off someone’s head in the front row, placed it on his own, and tore up the stage with a brand new track. Aoki even gave him the honors of throwing a cake into the crowd wild’n out.

If you have not yet had the privilege to experience a Steve Aoki live performance, I highly recommend it. Aoki is a pro at reading the crowd’s vibes and giving them exactly what they want. Not only does he play back-to-back bangers to keep fans dancing all night, he puts on an entertaining show that is sure to guarantee a good time, champagne soaked Clothes (if you’re wearing any), icing filled hair, and a smile from ear to ear.